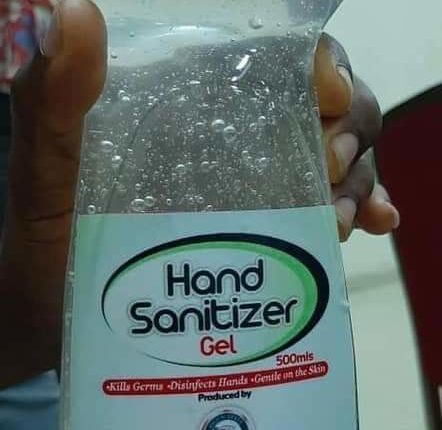 After instructing staff, commercial banks, telecommunications companies and others in Ogun to adopt coronavirus preventive measures, the State Government has concluded plans to distribute free hand sanitizers to residents.

The sanitisers, tagged “not for sale” hand sanitizers, according to the Government, was part of the measures to contain spread of the deadly virus in the state.

In a statement released on its official social media platform, Tuesday, the government disclosed that its Ministry of Health and Hospital Management Board produced the hand sanitizers for mass distribution across the State.

According to the statement, everyone within the State should make themselves available and accessible to receive the facility. It also reminded the general public to maintain social distance from the distributing officials, who have been especially trained for the exercise.

The sanitizers, the Government warned, are not to be sold under any circumstance, and they should not be viewed or used as a vaccine or drug, but as a handwashing facility to be used externally.

It further advise parents and adults to ensure that the use of the sanitizers by children is done under their supervision.