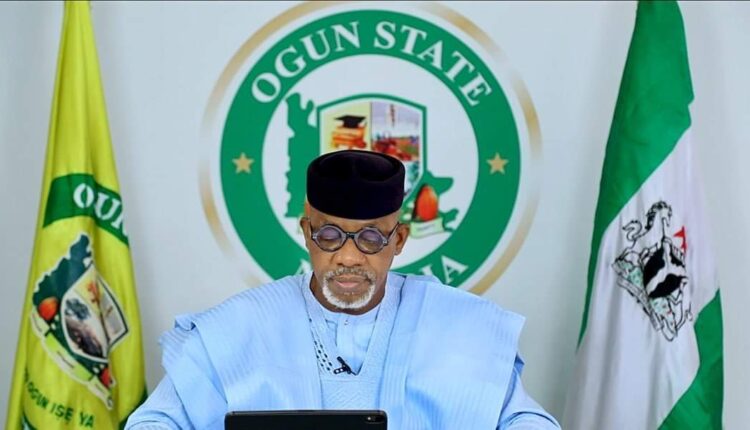 The Ogun State Governor, Dapo Abiodun, has disclosed that the existing ban placed on activities of National Union of Road Transport Workers (NURTW) in parks and garages was still in place in line with the government commitment to engender peace across the state.

He explained that the intelligence reports by security agencies that the union was planning to resume collection of dues and revenues on behalf of the government at motor parks and garages in the state, against the existing ban on NURTW activities necessitated the extension notice.

Abiodun warned the leadership of the NURTW and their operatives to stay away from all parks and garages in the state, adding anyone found culpable would incure the full wrath of the law.

Through a statement issued in Abeokuta on Sunday by the Commissioner for Information and Strategy, AbdulWaheed Odusile, Abiodun said that contrary to rumours making round, his administration was yet to change the existing government’s decision banning the activities of NURTW in all the motor parks and garages in the state.

He recalled that the state’s House of Assembly in June 2020 passed a resolution suspending NURTW operations following leadership crisis that rocked the union such that threatened security of lives and property in the state.

According to him, the government subsequently banned the activities of the union in all motor parks and garages in the state

“Security agencies have been given firm directive to arrest and prosecute any operative of the NURTW or indeed anyone, group or association that has not been approved by the government to act on its behalf that attempts to defy the decision of the government or test its resolve to maintain peace and security in all parts of the state, including the motor parks.

“Unlike what obtained in the past, this Administration has been methodical and deliberate in its approach to maintain peace at the motor parks as well as management of transport union activities, and will not allow anyone to undermine the prevailing peaceful environment”, the statement read.

One injure, community panic after building collapse in Lagos

Lagos Govt. seals 103 health facilities over quackery, other infractions in 2020