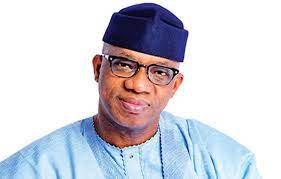 The Ogun State Government has approved a 200 percent increase in allowances of judges in the state to enhance better performance.

The government stated that the jack up of the judges’ salaries would motivate them to be impartial in their delivery of judgement without compromising the stand.

As disclosed by the Ogun State Governor, Dapo Abiodun in Abeokuta when he inaugurated five new Judges into the state Judiciary, the governor also approved an increase in judges’ rental allowances by 100 per cent.

The five judges that were inauguranted were: Justices Adewole Adeyemi and Safrat Bello for the State High Court and Justices Philip Akinsinde, Olukemi Osisanya and Idowu Odugbesan, for the State Customary Court of Appeal.

Abiodun, also said a memo to provide for extra allowances for all judges to enhance their performance would be forwarded to the State Executive Council.

“We will continue to appreciate the enormous work of our Judges, we don’t want them to compromise, that is why we will always look after their welfare. The Judiciary is the last bastion of hope of the common man, it is the balancing between the Legislature and the Executive. Judges are also the pivotal wheels which the civilised societies stand for”, he said.

Abiodun, stressed that the state is blessed with men and women of exceptional qualities whose contribution to the socio-economic development of the State and nation is not in doubt.

He added that the appointment of the five new judges was a unique milestone in the history of the State, as it was done to preserve the existing legacies left behind by the State’s founding fathers.

The governor noted that the hallmark of any administration is the availability of men and women of high quality, expressing hope that the culture and tradition of integrity, honesty and hard work would be enhanced with the appointment of the Judges.

Abiodun, assured that his administration would continue to implement policies and program that would reposition the judiciary for optimal performance, calling for mutual respect among the three arms of government.

He further appealed to the people who are yet to be vaccinated to do so, while those who had received the two jabs should get the booster dose, as Omicron variant of COVID-19 is spreading at an alarming rate.

Responding on behalf of other Judges, Justice Adeyemi appreciated the governor for finding them worthy of the position, saying they would ensure the state judiciary remains the best in the country.