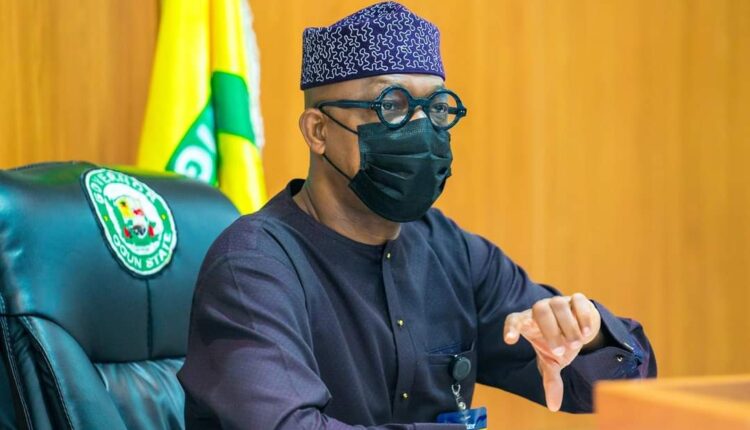 The Ogun State Government has disclosed that plans had been concluded to improve workers welfare and living standards through massive investment in social amenities across the state.

It explained that the move was in line with the government commitment to prioritise workers welfare and invest in social amenities to augment workers’ earnings.

The state’s Governor, Dapo Abiodun, said that series of consultations would be done with stakeholders and labour unions in the state to highlight developmental issues and move to address those that are affecting workers with short, medium and long term plans.

Speaking when he recieved labour leaders in his office yesterday, the Governor reiterated his commitment to workers welfare, stressing that his administration was aware of workers’ plight, particularly during such times the country was witnessing rise in cost of living and low purchasing power.

Through a statement on his social media page, Abiodun assured that his administration would stop at nothing in handling workers’ welfare social investments and infrastructural development despite dwindling economic fortunes occasioned by outbreak of coronavirus.

“Receiving Labour leaders in my office today, I encouraged liberal means to the resolution of issues relating to workers’ welfare, especially as it is a key item on our agenda.

“The issue of contributory pensions was one of such issues that our government took interest in, for our workers. We are also continuously investing in social amenities, to complement the earnings of workers.

“I appreciate the Nigeria Labour Congress, NLC, the Trade Union Congress, TUC, and the Joint Negotiating Council, JNC for their understanding of all matters discussed during our meeting today,” the statement said.