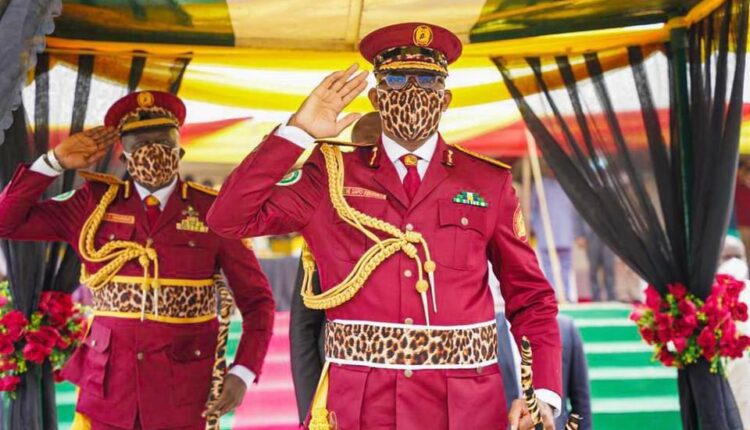 Abiodun explained that the need to ensure greater efficiency of the security outfit and protect the lives and properties of citizens as enshrined in the constitution necessitated the inauguration of the board.

The governor added that the operatives of the Amotekun security were carefully chosen to ensure greater efficiency of the security outfit and protect the lives and properties of citizens.

Speaking on Thursday during the inauguration ceremony which held at the Pavilion Ground, Oke-Mosan, Abeokuta, Abiodun noted that the state government had provided the security outfit with vehicles, motorcycles, communication gadgets, technical back-ups, and the political will for an effective take-off and efficient operation.

He noted that the provision of equipment and recruitment of personnel would be a continuous exercise, saying that the government expected a superlative performance from the operatives.

Abiodun urged them to diligently add value to strengthen the security of lives and property in the state, advising that they must carry out their duties within the ambit of the provisions of the law establishing them.

“Your role is primarily to prevent crime. You are to do this through systematic intelligence gathering and collaboration with other law enforcement agencies, especially the security network agencies of other states,” he said.

He called on the people to support and cooperate with the Amotekun operatives, to strengthen the state’s security machinery.

He also called on other security agencies to cooperate and collaborate with the Amotekun to form a synergy of purpose towards ensuring stronger security of lives and property in the state.

“Let me at this juncture reiterate and say unequivocally that no part of Ogun will be a safe haven for criminals and criminality in whatever form or guise.

“Permit me to recall that at the South-West Security Summit that was held on June 25, 2019, at Ibadan, the governments of the six South-West states of Lagos, Ogun, Oyo, Osun, Ondo, and Ekiti agreed to establish a security outfit to be named “Amotekun”.

“The establishment of the security outfit is part of a holistic approach determined to tackle insecurity in the region. Governors and leaders of the South-West came together and decided on the need to complement the efforts of the Nigeria Police and other security agencies in different states, especially with a truly indigenous security agency that understands the terrain. We came up with the establishment of this security outfit code-named ‘Amotekun’,” he said.

In his remark, Prof. Wole Soyinka, commended the governor on the inauguration, saying that the outfit was set up to complement the work of existing security agencies.

Soyinka appealed to the Amotekun operatives to be professional in their duties, adding that they must not tamper with the fundamental human rights of the citizens.

“Ensure you work professionally, if you abuse your uniform, you will be dealt with,” he said.

Also speaking, the Alake of Egbaland, Oba Adedotun Gbadebo, noted that the major assignment of any government was to provide adequate security. Gbadebo praised the governor and said that the security outfit should collaborate effectively with other security agencies.

The Ogun Commissioner of Police, Edward Ajogun, noted that the police would work closely with the Amotekun outfit in the area of sharing information and joint operations to send criminals out of the state.