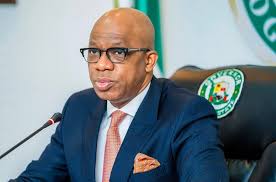 The Ogun State Governor, Dapo Abiodun has promised to recruit 1,500 teachers who participated as interns in the OgunTeach scheme in the service of the State.

The governor said that the decision was aimed at decongesting classrooms and improving the students/teachers ratio in public schools across the state.

He disclosed that out of the 5,000 interns shortlisted, 2,000 have been absorbed, while the plans are to engage between 1,000 to 1,500 teachers additionally.

Abiodun, while addressing teachers, in Abeokuta, on Wednesday disclosed that his administration would engage more OgunTeach interns who are already in the service of the State.

“Since you have come in your numbers to say thank you, I will not forget that. I know we have shortlisted about 5,000 of you and we already absorbed about 2,000 of you, be rest assured that very soon, we will also absorb maybe another 1,000 or 1,500 of you.

We will be expanding the scheme because we want to begin to decrease the students/teachers ratio so that we will have less number of students to more teachers as against having one teacher to about 500 students” he said.

He assured that his administration would not use and dump the interns, charging them to be diligent and committed to duty as the confirmation of their employment would be based on their performance and merit.

The governor reiterated that his government would continue to prioritise the education sector, saying the process for the employment of teachers was based on the principle of transparency and equity.

On his part, the Commissioner for Education, Science and Technology, Abayomi Arigbabu commended governor Abiodun for accepting the idea of OgunTeach internship when it was presented to him and that the entire education sector was happy over the development

He said that the sector, for many years, had faced challenges in manpower describing the process for selecting the teachers as thorough and transparent as everything was computerized to ensure that the best was chosen.

He further urged the intern to continue to be hardworking in order to ease the regularisation of their appointment.