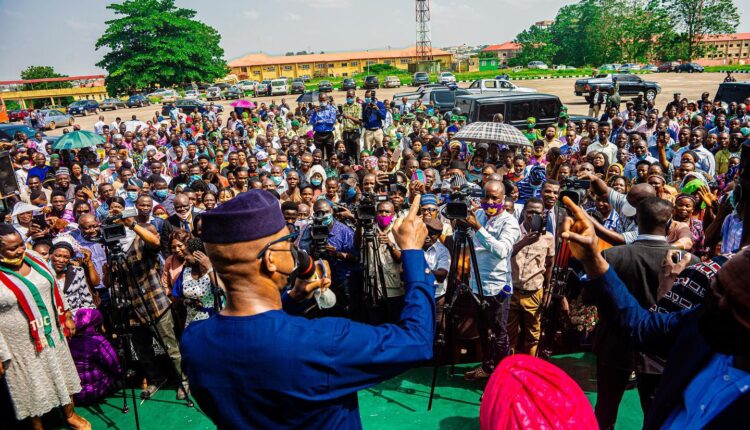 The Ogun State Governor, Dapo Abiodun, has disclosed that plans are being concluded to roll out more worker-welfare programmes aimed at improving civil servants standard of living across the state employment chain.

The said programmes, he explained, had been planned to remove bottlenecks being faced by workers and eliminate issues bordering on poor public servants’ welfare for greater and efficient service delivery.

The Governor who reiterated his administration’s commitment to ensuring civil servants are well catered for, noted that he would stop at nothing in formulating policies and programmes that would motivates workers for efficient service delivery.

Addressing workers in the Ogun State Civil Service who came to show sincere appreciation for the implementation of New Minimum Wage, Abiodun stated that he was gladdened by their popular approval of his administration’s policies and programmes.

Furthermore, he promised to keep the tempo by continous implementation of policies aimed at making life better for residents across the state, particularly the civil servants who had chosen to dedicate themselves for services of others.

“While I appreciate your show of solidarity, workers should rather be those who would be appreciated by the government, since Ogun State takes pride in her civil service of world-class workers.

“I understand that there have been breakdown of trust between government and workers in the past and that will remain in the past. We have more worker-welfare programmes in the offing, and as the focused administration that we are, we remain committed to whatever motivates our workers.
“We remain a blessed state, and must appreciate our always favoured position in all circumstances. Of particular mention are the COVID-19 pandemic and the EndSARS protests from which we emerged grateful, with lessons learnt, and fully back to work and our daily lives,” the statement said.