JUST IN: Buhari ready to face NASS over insecurity 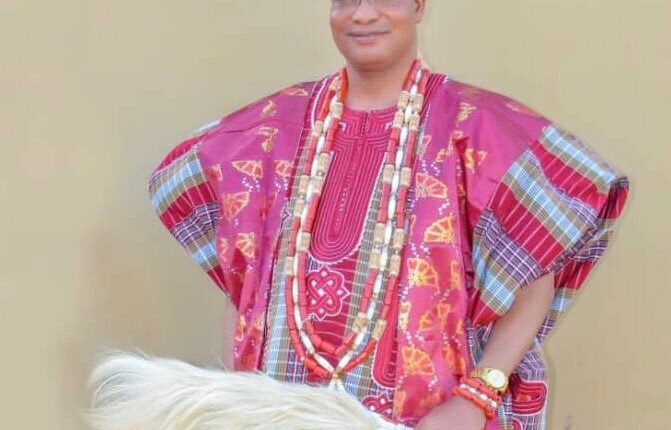 The Ogun State Governor, Dapo Abiodun, his Deputy, Engr. Noimot Salako-Oyedele, among other top dignitaries would headline the coronation of Olu of Imasailand, Kuoye Adeleke, official coronation in Yewa North Local Government of the state.

Others to join the governor and his deputy at the event billed to hold at the Oluaso High School Playing Ground, Imasayi, on Saturday include the state’s former Governor, Gbenga Daniel and his erstwhile deputy, Salmat Badru, members of the state Executive Council and key players in the private sectors.

As stated, the ceremony would mark the peak of a week-long events that has revitalised the ancient town with hope and enthusiasm following the conclusion of his traditional seclusion and other rites (Ipebi).

Confirming their attendance, Chairman, Central Planning Committee, Commodore Kunle Olawunmi(rtd), through a statement on Thursday noted that all arrangements have have been concluded to ensure a hitch free and colorful coronation ceremony befitting the monarch of his caliber in the state.

“We have waited for this long to present to the world what people of Imasayi are made of. It is exciting to inform all our invitees, sons and daughters of Imasayi that we are ready to use this coronation to Kickstart the development of our ancestral home,” the statement said.

It would be recalled that the Ogun state government had earlier presented the staff of office to Adeleke with charge that the new monarch rally round his people and maintain the peace being enjoyed across the area.

Aside from maintaining the peace and progress of the community, the government also tasked the traditional rulers to ensure adequate security and encourage intelligence gathering among his subjects to forestall any form of attack on the community considering the insecurity situation across the nation.

While presenting the staff of office to Oba Kuoye, the Commissioner for Local Government & Chieftaincy Affairs, Afolabi Afuape, urged the new Olu of Imasailand to cooperate with other traditional rulers in Yewaland, especially, Oba Kehinde Gbadewole Olugbenle, the Olu of Ilaro and Paramount Ruler of Yewaland and members of the Yewa Council of Traditional Rulers to work in unison and work to develop their areas.

He also advised the new Oba to see his ascendancy the stool of his forefathers as a calling to ensure that there was always peace in Yewaland and Ogun State as a whole. Afuape also advised the new Kabiyesi to also give his unflinching support to the administration of Governor Dapo Abiodun of Ogun state with a view to prove the confidence reposed in him.

Oba Lukman Olalekan Kuoye was born on April 18, 1970 at Ado-Odo to the family of Kuoye of Imasayi in Yewa North Local Government of Ogun State. He attended St. Stephens Comprehensive High School, Ado Odo and Lagos State University(LASU), Ojo, Lagos. He is currently undertaking his doctorate degree in social works at LASU.