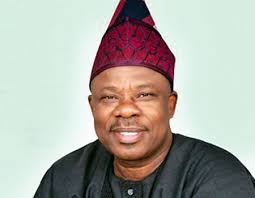 Former Governor of Ogun State, Ibikunle Amosun, has disclosed that he is set to commence distribution of food palliative items to residents of the state, with the aim to mitigate harsh economic realities arising from coronavirus incidents in the nation.

He explained that the move was his own way of lending aid to people of the state, adding that arrangements were in place to facilitate disbursement of said items in the 3,210 polling unit areas of Ogun State.

Speaking in a tweet released on his personal Twitter handle on Thursday, Amosun stated that the relief items included staple food items such as rice, garri, pasta, and vegetable oil, and assured residents of the state that he would ensure fair delivery of the palliative to all recipients.

He reiterated that the relief items have been packaged ready for distribution.