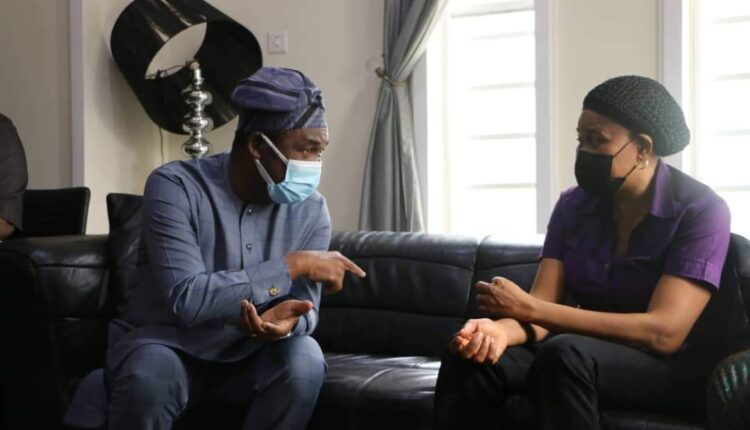 Lagos State Deputy Governor, Dr. Obafemi Hamzat, has described late spokesperson of Yoruba Pan-Cultural Group, Afenifere, Yinka Odunmakin, as a true Nigerian that would be sorely missed by all and sundry.

He added that his unexpected demise was shocking and would remain a great loss to the entire nation for a long time because of his selflessness and patriotism.

Hamzat, who led other officials of the State Government on a condolence visit to the Omole home of the Odunmakins, described the late Afenifere spokesman as a patriotic and genuine Nigerian.

According to him, Yinka was a true Nigerian, patriotic and genuine. He will be missed greatly. May the good Lord grant him eternal rest.

Expressing the condolences of the state government, the deputy governor said that Odumakin’s death was more painful and a big loss bearing in mind that the deceased still has aged parents. He prayed that God gives the family the fortitude to bear the loss.

He however, admonished the family to take solace in the fact that while alive, the deceased fought for the masses and contributed immensely for a developed and better Nigeria.

While stating that COVID-19 was not a hoax, Hamzat implored Nigerians to understand and take caution as the Coronavirus was still potent and ravaging the country.

He, alongside members of the state government delegation offered prayers were for the repose of the soul of the deceased and wellbeing of the family.

Accompanying the deputy governor on the condolence visit was the Chief of Staff to the Governor, Tayo Ayinde. The state delegation was received by the Widow, Dr. Joe Okei-Odumakin.