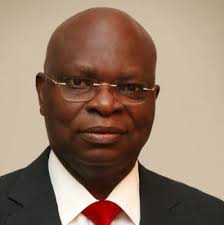 Odua Investments Company Limited has estimated the Gross Domestic Product (GDP) of the South West to be worth $80 billion; this is coupled with a population of over 40 million people.

This was revealed by the company at the inauguration of the newly appointed board of directors of South West Agricultural Company Limited (SWAgCo), a subsidiary of Odua Group.

Group chairman of Odua Investment, Dr. Segun Aina said the appointment of the six new board members was part of strategy to reposition the entire group to make it the engine room for economic development of the South West.

He said the new directors joined SWAgCo at a time it is implementing its strategy for economic and social impact within the agricultural space in Nigeria.

He said:  “With a population of over 40 million energetic and enterprising populations, the South West gross domestic product (GDP) is estimated at about $80 billion.

“The new leadership, who were selected through a competitive process handled by KPMG, brings a wealth of professional experience and expertise at a senior level in Investment, Finance, Agriculture and Performance Solutions to consolidate SWAgCo’s operation and set it on the path of achieving its mission to change the landscape of agriculture and agriculture investment in Nigeria.”

Among the board of directors are: Owolabi Salami the chairman, he recently retired from the insurance industry;  Adeola Adetunji, currently the CEO, Africa for Waxed Mobile and Mvoula Group Limited, Cecilia Akintomide,  an independent director on the Board of FBN Holdings Plc,  Adekemi Ajayi as non-executive director, currently an executive director in Odua Investment will be representing the Group on the Board.