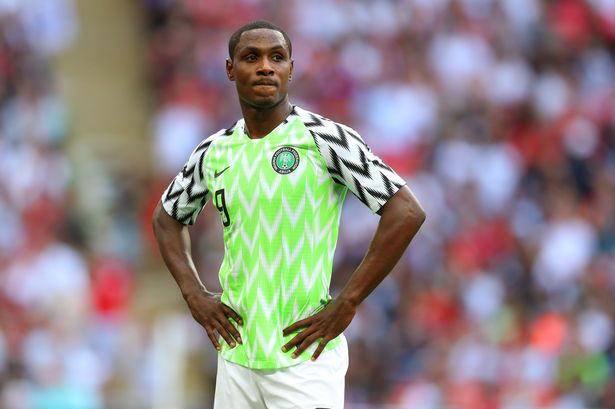 The Nigeria Football Federation has confirmed that star striker, Odion Ighalo, would be missing the 2021 African Cup of Nations scheduled to begin later this month.

The football body explained that the forward would not be available for the 33rd Africa Cup of Nations in Cameroon after he was not able to secure approval from his Saudi-based club, Al-Shabab.

Confirming the development through a statement on Thursday, the NFF Spokesperson, Ademola Olajire, noted that the clarification became imperative following several reports surrounding the striker’s absent from the Super Eagles squad.

He explained that since the club did not release Ighalo for the continental cup, the team would have to concentrate on the preparation for the championship while a fitting replacement would soon be named.

“Forward Odion Ighalo is no longer expected as a result of issues with his Saudi Arabian club,” the NFF image maker said in a statement.

Meanwhile, the Super Eagles team have landed in the Cameroonian town of Garoua, venue of their Group D matches for the 33rd AFCON on Sunday.

Team officials confirmed that the three-time champions will have their first training session in Cameroon on Thursday evening at the Stade Roumdé Adjia, venue of their Group D games, including Tuesday’s potentially –explosive group opener against seven-time champions Egypt.

Nigeria would also confront Sudan on 15th January and Guinea-Bissau on 19th January.