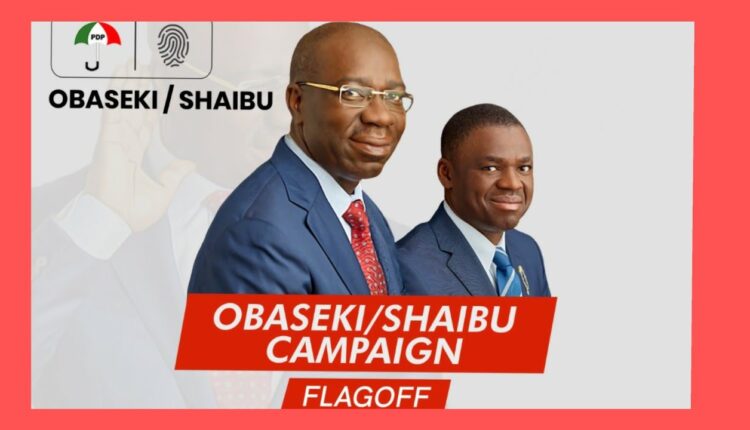 The Edo State Governor, Godwin Obaseki, has flagged off his re-election campaign as flagbearer of People Democratic Party (PDP), with proposed plans, been centered around developmental programs and projects, that were designed to cater for yearnings of people of Edo, and ensure the state return to its economic status, known for in  Nigeria.

Obaseki, who tagged the master plan, Make Edo Great Again (MEGA), said that it was centered on addressing needs of the people in the state and that his projection would assist Edo in area of foreign investments and collaborations.

While disclosing that the details of the plan would be made public soon, he noted that the plan would address the challenges in agriculture, prepare the youths for technology which is the emerging economy.

He said: “Our message is one of hope and one for the future. The MEGA theme which we have adopted will focus on how to improve governance and make it work for the people.

“Edo will be the business and economic hub of the country in the next four years. We will be because we believe that God has given us everything to become one of the greatest states in this country,” Obaseki added.

The governor stated that if elected, his administration would ensure improved power supply and that other programmes initiated in his first term would be to consolidate to achieve more gains in Edo.

“I am sure you are seeing what we are doing with electricity.  We invested in Azura, 450 megawatts, that power has been transferred to the grid and now we are in darkness.

“I have now gone again to look for another set of investors. We invested in another plan and by next month by the grace of God, it would be completed and we will have electricity in this city.

“I want to assure you that with me and my Deputy, you have two people who are ready to put their lives on the line for you,” he added