One student dies during school building collapse in Ogun 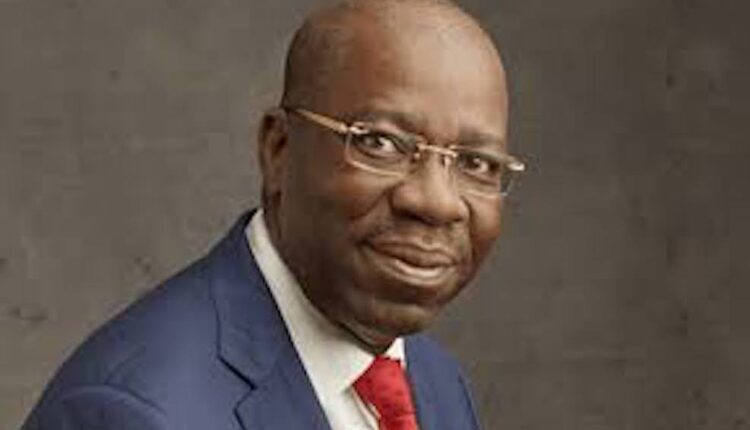 Edo State Governor, Godwin Obaseki, has disagreed with Federal Government position that the country’s debt burden was still within sustainable limit that can be offset without glitches, alleging that the President Muhammadu Buhari-led administration’s was being economical with the truth.

He added that rather than being economical with the truth, the apex government should roll up its sleeves, review and come up with workable policies that could save Nigeria and Nigerians from alleged looming economic peril.

Obaseki noted that rather than the All Progressives Congress (APC) led government continues playing the Ostrich, it was important that the administration hearkens to all voice of reasonings and reverse its inconsistent economic policies to salvage the nation’s economy.

The governor while reacting to claims by the Minister of Finance, Budget and National Planning, Zainab Ahmed, that the apex government did not print an additional N60 billion that was shared at the Federation Account Allocation Committee (FAAC), through a statement on Thursday, said that the minister was only defending the indefensible.

According to him, while we do not want to join issues with the Federal Ministry of Finance, we believe it is our duty to offer useful advice for the benefit of our country.

“The Minister of Finance, Budget and National Planning, Mrs. Zainab Ahmed should rally Nigerians to stem the obvious fiscal slide facing our country.

“Rather than play the Ostrich, we urge the government to take urgent steps to end the current monetary rascality, so as to prevent the prevailing economic challenge from degenerating further.

:We believe it is imperative to approach the Nigerian project with all sense of responsibility and commitment and not play to the gallery because ultimately, time shall be the judge of us all,” he said in the statement.

It would be recalled that while briefing State House correspondents at the end of Federal Executive Council (FEC) meeting presided over by Vice President, Yemi Osinbajo, at the Council Chamber, Presidential Villa, Abuja, on Wednesday, the minister said that faulted claims by Obaseki claims, adding that the statement credited to the governor was false.

Ahmed said that contrary to the claim, what was distributed at the monthly FAAC meetings were generated revenue from government institutions available to the public at the ministry’s website.

“The issue that was raised by the Edo State Governor for me is very, very sad because it is not a fact.What we distribute at FAAC is revenue that is generated and in fact distribution revenue is public information.

It would be recalled that Obaseki was quoted as saying during during the State Transition Committee Stakeholders Engagement last week that the country was in huge financial trouble.

Obaseki was also quoted to have said that the apex government printed about N50-N60 billion to share in March Federation Account Allocation Committee (FAAC).

“When we got FAAC for March, the federal government printed additional N50-N60 billion to top-up for us to share. This April, we will go to Abuja and share. By the end of this year, our total borrowings are going to be within N15-N16 trillion,” he was quoted to have said.