Sanwo-Olu tasks parents on fight against drug abuse, others 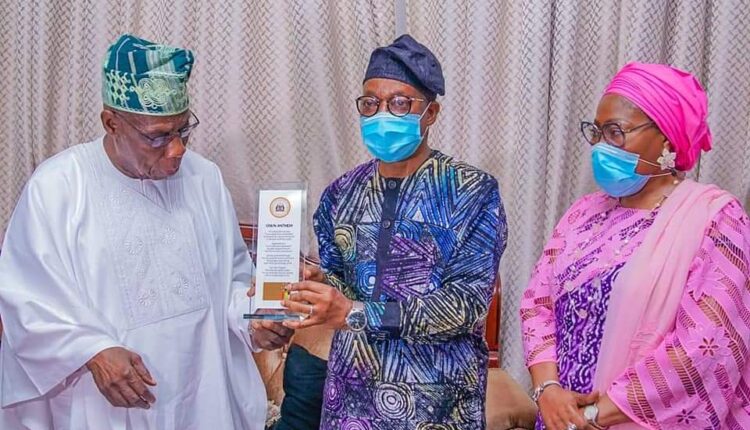 He added with the state’s lean resources and adverse effects of coronavirus on the nation’s revenue, the Oyetola-led state government continues to erect laudable edifice and needed infrastructural projects in the state.

Speaking on Saturday when he paid a courtesy visit to Oyetola at the Government House, Osogbo, Obasanjo said he was happy with what he saw across the state, particularly the completed developmental projects and others being embarked.

He added that though he was in Osun to pay congratulatory visit to the state’s former Governor, Olagunsoye Oyinlola, on the occasion of his 70th birthday, the developmental projects he saw on his way prompted him to properly visited the governor.

Obasanjo explained that he was in Okuku to witness installation of ex-Osun governor, Olagunsoye Oyinlola, as Baba Ijo of Oba Moses Oyinlola Memorial Anglican Church earlier in the day.

“I cannot come into Osun State, pass through Osogbo, without seeing the Governor.

It is only fit and proper to visit the governor of the State on the occasion of my visit to the State. I am happy with what I am seeing, especially with the fact that the First Lady is taking care of the Governor and the Governor is doing likewise”, Obasanjo said.

While speaking, Oyetola appreciated the visit and thanked the former president for his gestures and kind words, adding that such woulf only spurred him into doing more for the people.

He added that the visible developmental projects across the state was in line with his promise to the people of the state during the electioneering campaigns and that more would be done in developing the state to an enviable standards.

Oyetola assured that before the end of his tenure, more would have been achieved in terms on infrastructural projects, job creation for the teeming youths population and put in place necessary policies and incentives that would make Osun investors’ destination of choice.