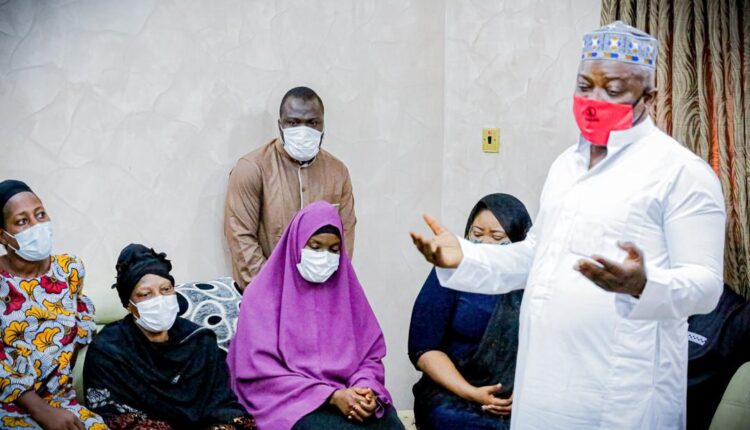 The Lagos State House of Assembly Speaker, Dr Mudashiru Obasa, has expressed sadness over demise of  the state’ East Senatorial District representative at National Assembly, Bayo Osinowo, whom he described as his friend and political stabilizer.

Obasa said that the late senator’s death was hit and that Lagos had lost one of its peace maker whose death was reported barely a week ago and was said to had died after a brief illness in Lagos. 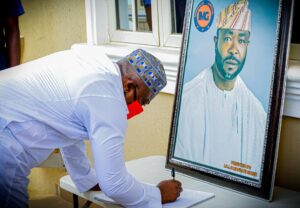 During a condolence visit to Late Osinowo’s famaily on Sunday in Lagos, the speaker stated that Lagos state Assembly, its members and staff would remain burdened by the senator’s demise and  that the Muslim community of the assembly would also forever be grateful to him for his fatherly role and financial commitment to Islam course, particularly in the building of  ultra-modern mosque within lawmakers’ complex.

He noted that, Osinowo, as a senator and Chairman of  Senate Committee on Industries, gave Lagos state reasons to be proud of him as a true ambassador of the state while he was alive.

“It is still with a very painful heart that i paid a condolence visit to the family of my late friend, Senator Bayo Osinowo.
My prayers and thoughts are with all his loved ones. May Allah grant him rest.

“Even with the evidence that death has done its worst, it is still difficult to come to terms that a political pillar and peace maker is gone”. 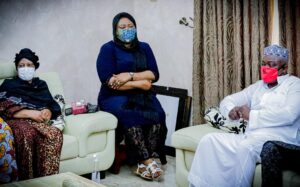 Reminiscing on the late senator’s commitments and contribution to Lagos state development,  the house speaker indicated that Osinowo played well his role  through out 16 years  that he served as member of Lagos State House of Assembly representing good people of Kosofe Constituency 1.

“Many loved him for the stabilising role he played at every point in the period. Throughout his stay in the House, many ran to him for solutions to their socio-political problems because of the sagacity and wisdom he applied to issues”, he added.