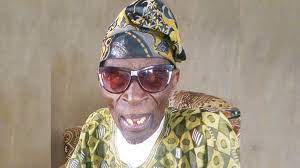 The first premier of the Western Region and former federal commissioner for finance, late Pa Obafemi Awolowo’s driver, Olabode Olajide, has passed on at the age of 89 after a brief illness.

Olabode, who also had the privilege of been the driver of another Premier of Old Western Region, late Ladoke Akintola, died barely three days after his wife passed on in Ado-Ekiti, Ekiti State.

The octogenarian was said to have died yesterday after he fell sick and was rushed to a hospital in Ife Osun State before he was transferred back to his home where he passed on barely five months to his 90 birthday.

Speaking on behalf of the family, the son of the deceased, Oladapo Olabode, told newsmen that the renowned driver died at about 5 am after he fell sick three days ago.

Before his death, the Vice President, Prof. Yemi Osinbajo, alongside Ekiti State Governor, Dr. Kayode Fayemi, visited the home Olabode where he regaled both of them with the tales of his life.

Another of Pa Olbode’s bosses, who he served diligently, was the late Adesoji Aderemi, also a Nigerian political figure who later became the Ooni of Ife.

Oba Aderemi reigned as Ooni from 1930 until 1980. In-between his reign as Ooni, as his Wikipedia page suggests, Oba Aderemi also served as the governor of the Western Region between 1960 and 1962.

He was said to be a very wealthy man, Oba Aderemi died on July 3, 1980, aged 90, and was succeeded by Oba Okunade Sijuwade — the predecessor of the incumbent Ooni of Ife, Oba Adeyeye Enitan Ogunwusi.

Another of Pa Olabode’s influential bosses was Adeyinka Adebayo, a Nigerian Army Major-General who served as Governor of the now-defunct Western State of Nigeria between 1966 and 1971.

Yet another of Pa Olabode’s top-of-the-notch bosses was Akintola, a Nigerian politician, lawyer, aristocrat, and orator who was born in Ogbomosho, of then Western Region and now in Oyo State.

Akintola was assassinated in Ibadan, the capital of the Western Region (now Oyo State), on the day of Nigeria’s first military coup of January 15, 1966. He was 55 years old.

How cattle rustling snowball into kidnapping, banditry across Northern states