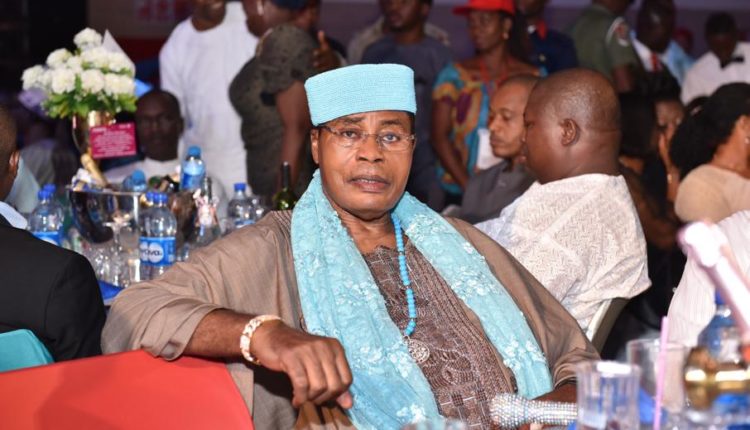 The Olugbo of Ugbo kingdom, Oba Frederick  Akinruntan, has refuted media reports that the kingdom ancestral palace was burnt down, saying the reports were false and misleading.

Besides, the monarch also distanced himself from the attack at the Ode Ugbo area of Ilaje Local Government Area of Ondo State, noting that no part of the ancestral palace was burnt as claimed in viral reports from some section of the media.

He explained that the viral nature of the reports and the accompanied reactions from the indigents had necessitated the clarification, adding that the intent t of the reports was to misinform the general public and an attempt to smear his reputation.

Akinruntan alleged that the misinformation was one the plot of the deposed Olugbo, whom he described as an unrepentant propagandist, noting that the deposed monarch resorted to falsehood in his desperate desire to cause unrest and communal clash in the kingdom.

The monarch, who is the Chairman of Ondo State Council of Obas, as well as the Chairman of the Yoruba Obas conflict resolution council (YOCRC), through a statement by his spokesman, Kehinde Oyekan, said it is surprising that he will be linked to reports such as instigating violence and unrest in the kingdom he brought development to as the ancestral palace has been the home of every  Olugbo in the past 4000 years since their arrival from Ile Ife.

“This ancestral palace is the residence of any reigning and incumbent Olugbo of Ugbo Land and traditional rites are performed here. Since I ascended the throne in 2009 through the ruling of the Supreme Court, I have been performing traditional rites in this residential palace; so why will I burn it?

”The mischievous allegation that the ancestral palace was burnt in a crisis was the figment of the imagination of those who planted the story in the media. Since my ascension, I have been using my wide network and influence to attract development to Ugbo Land and I will not be distracted by the campaign of calumny of the deposed Olugbo or his cronies,” the statement added.

While debunking the claim that the ancestral palace is the property of the deposed Olugbo, Akinruntan stressed that breakdown of law and order will not be entertained in the kingdom, saying security agencies have been directed to thoroughly investigate the attack on his subjects and anyone found culpable will be charged to court accordingly.

“The royal father, therefore, appealed to the state government, the security agencies and other stakeholders to call the deposed Olugbo to order to desist from further insinuating unfounded crisis as Ugbo Land deserve peace just as we have it in other kingdoms of Yoruba Land,” the statement added.