Lagos Govt. may shut down market aiding flooding across… 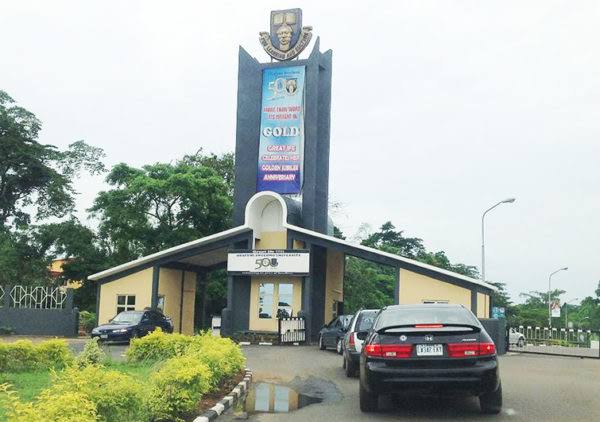 Following continous protest that has trailed the death of a final year undergraduate student of Obafemi Awolowo University (OAU) Ile-Ife, Osun State, the management of the institution has announced immediate closure of the citadel of learning.

Aside from shutting down the school, the authorities also directed the students to vacate their hall of residence before 12 pm on Saturday to allow the institution properly wade into and investigate the circumstances surrounding the death of the student identified as Adesina Omowumi Aishat.

The institution’s Public Relations Officer, Abiodun Olarewaju, who announced the management decision through a statement on Friday, also disclosed that school has put on hold the swearing-in of the newly elected Students’ Union officials, pending review of the situation.

He attributed the management decision to what he described as ‘continuous and uncontrolled’ protests by the students which were inimical of what students from the institution were known for.

According to him, the student culminate in unbridled brigandage, blocking the Ife/Ibadan and Ife/Ede highways and other adjoining roads that could be used as alternative routes.

Olarewaju noted that aside from the blockage, the students were also engaging in other acts that are detrimental to their health and the safety of the generality of the people.

“Therefore, having exhausted all necessary avenues to call the students to order and allow normalcy to return to the campus and its environs, the authorities of the Obafemi Awolowo University, Ile Ife, have accordingly closed down the school until further notice. This is to forestall further breakdown of law and order.

“In view of this, all students are hereby directed to vacate their halls of residence and the campus latest by 12:00 noon on Saturday, October 2, 2021. Consequently, the swearing-in of the newly elected Students’ Union officials has been put on hold, pending a review of the situation. In the meantime, the University management has put in place the machinery to unravel the circumstances surrounding the immediate and remote cause(s) of the crisis,” the statement said.