Why I dumped PDP for APC- former Senator 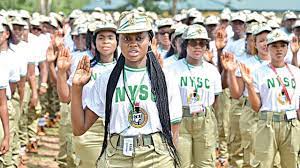 The Director-General of the National Youth Service Corps (NYSC),Shuaibu Ibrahim, has warned corps members to avoid engaging in local politics of their host communities.

Ibrahim was said to have reiterated the scheme’s policy of non-partisan in politics and warned the corpers against engaging in local politics of their host communities where they were posted to for their primary assignments.

Speaking during at the closing ceremony of the 2021 Batch C, Stream II orientation Course, in Keffi Local Government Area of Nasarawa, on Tuesday, the NYSC boss congratulated the 1,621 corps members comprising 650 males and 971 females, reaffirming the management’s commitment to their security.

Ibrahim represented by the Nasarawa Coordinator of NYSC, Abdullahi Jikamshi, assured the corps members of taking care of their welfare and addressing other needs for a fulfilling service year.

“In keeping with the objectives of the scheme, you are expected to integrate into your host communities while also appreciating and respecting their cultures. I must,however,emphasis that engagement in local politics is a no-go area for you,” he said.

He further advised the corps members to engage in personal and group Community Development Service (CDS) projects that would help uplift the living standards of the people in their host communities, adding that they should avoid other risky engagements that could expose them to security threats wherever they would be posted to.

“Risky engagements such as keeping late nights, attendance of late-night parties, visitation to dangerous places and acceptance of free car ride from unknown motorists should be avoided. At all times, you should be good ambassadors of the NYSC, your families and your institutions of graduation.
Therefore, you must be wary of acts that can soil your image,especially,vices such as drug abuse and trafficking, cyber crime and advance fee fraud,” he said.