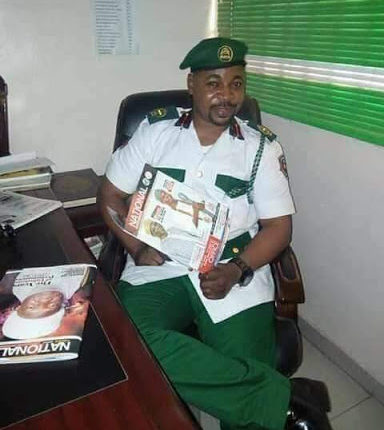 As part of measures on adequate prevention against coronavirus in Lagos State, the state chapter of the National Union of Road Transport Workers (NURTW) has introduced hand sanitizers within motor parks in a move to stop commuters from contacting the dreaded virus wwithin state environs.

The union also embarked on sensitization campaign and engagement of its members on need for them to be wary of the deadly disease and likely symptoms of the said coronavirus.

The Chairman, NURTW, Lagos State Chapter,  Musiliu Akinsanya, said that hand sanitizers were introucted to drivers and bus assistants as a way of sensitizing the union membrs on preventive measures against Coronavirus and that the campaign was part of  steps taken to support government’s efforts in cutail thedeadly virus, reducing its spread and managing established cases.

Speaking during team from the state Ministry of Health and Strategy in at the union’ office on friday, Akinsanya explained that steps taken by his team were meansures toward enlightening NURTW members and that the introduction of hand sanitizers at motor parks across was development expected to go across the state.

He indicated that the sanitizers had started from state council with demonstration of their application and that the union’s members were mandated to follow directive of his office.

He assured that the campaigns would be sustained to ensure that people become aware of the virus’ implications and that practices that would prevent likely spread of the disease.

The union’s boss explained that the sensitization was necessary for benefit of commuters and entire states so as to have control on the disease and possible spread.

“As part of our efforts to prevent the spread of the coronavirus in our motor parks, we will be holding an enlightenment campaign to create awareness about the virus to our members,”

“As we are aware, our members interact with different kinds of people in the park and this make them vulnerable to the infectious disease. In a bid to stop the ravaging coronavirus, the union is contributing it’s quota by making the sanitizers available and more importantly enlightening the general public through the union members on the causes, effects and preventive measures that can be done to combat the spread of the virus”, he said.

Akinsanya urged the union’s members to maintain personal hygiene and cultivate habits of washing hands regularly and extend the message to their various homes.