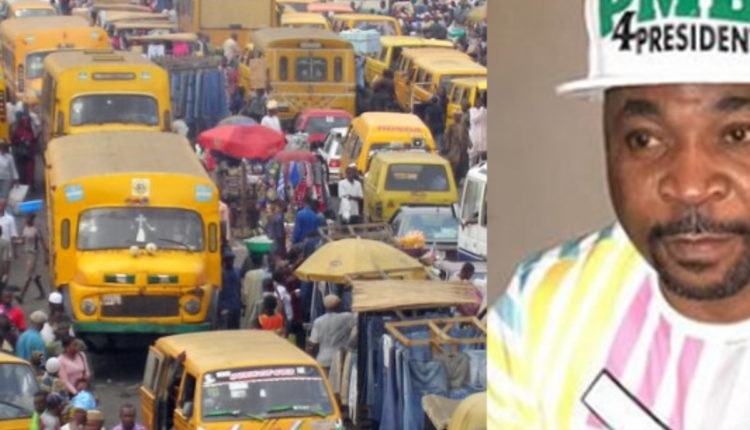 Share
By News Desk
Peace and harmony previously enjoyed by commuters and traders at Oshodi Garage in Oshodi-Isolo Local Government, Lagos State was halted for several hours when factions of National Union of Road Transport Workers (NURTW) clashed.
The clash, which started at about 9 pm on Thursday night when several commuters were aiming to board buses to their respective destinations, forced many to scamper for safety after it began to intensify, with the faction loyal to NURTW chairman, Musiliu Akinsanya popularly called MC Oluomo, brandishing dangerous weapons.
Scores of commuters, who were cut in the web of the face-off aimed by the Mc Oluomo faction to overthrow the incumbent executive, sustained varying degrees of injuries and business activities crippled with traders forced to salvage their goods.
Others, who were intimated earlier, made use of alternative distance routes to avoid being caught in the web of the clash that sources claimed could be renewed since the grouse has not been resolved by the law enforcement agencies.
An eyewitness told our correspondent that the Mc Oluomo faction stormed the Oshodi end, linking Ilupeju industrial Estate, and unleashed mayhem on the park executive, demanding that they vacate their seats.
When the members queried it, the resident narrated that, the Mc Oluomo faction resulted to fight and attacked other factions, crippling activities at the ever-busy garage immediately.
Another resident told our correspondent that over three members from the other faction, who sustained injuries, were detained after they made complaints at the Mosafejo Police station.
After several minutes, normalcy returned when Policemen attached to the Special security formation, Rapid Response Squad (RRS) stormed the axis to save traders and commuters who had hidden in nooks to prevent them from sustaining injuries.
A police officer, who spoke with our correspondent claimed that the clash was between two factions aiming to overpower each other and gain control of the park.
According to him, over three persons have been arrested and have been handed over to the Mosafejo Police Station, Oshodi for onward prosecution and other activities.

Another police officer told our correspondent that of the three NURTW arrested, two have been released while the third, who sustained severe injuries, was still in detention. And efforts to ensure is released has continued to prove abortive.

Sources told our correspondent that the injuries sustained by the detained NURTW member have aggravated that it has prevented him from eating and rather than been discharged, the police decided to keep him in custody.

Police Public Relations Officer (PPRO), Lagos Command, Bala Elkana, when contacted by our correspondent, promised to call back after verifying reports from each Area Commands across the state.

Hours after, our correspondent contacted Elkana for response again, but the PPRO did not pick calls nor respond to Short Messages (SMS) sent to him as a reminder.