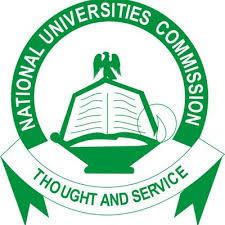 The National Universities Commission (NUC) has presented provisional licenses to proprietors of 12  new private universities across the country that would allow them to kick start operations.

Speaking to newsmen on Thursday, in Abuja, the Minister of Education, Adamu Adamu said that while the number of the new universities may seem large, there was a need to establish more universities in the country and therefore, called for support for those that want to establish private universities.

“Government is also well aware of the need to improve the country’s Human Development Index ranking, knowing that countries that are consistently well-ranked in human development indices have maintained a respectable number of universities relative to their population.

“In the 2020 UN Human Development Index, Nigeria dropped three places to 161 out of 189 countries and territories. These are some of the matters we aim to address.

“As usual the provisional approval for these universities to operate is intended to create room for effective mentoring and qualitative growth within the first three years of operation,” he said.

He disclosed that the universities would be affiliated with older generation universities for academic and administrative mentoring which would be moderated by the NUC.

Adamu further urged the proprietors to sustain funding towards improving infrastructure, equipment for teaching and learning as well as human resources to earn the universities accreditation by NUC.

JUST IN: Ngige steps down 2023 presidential race ahead APC primaries