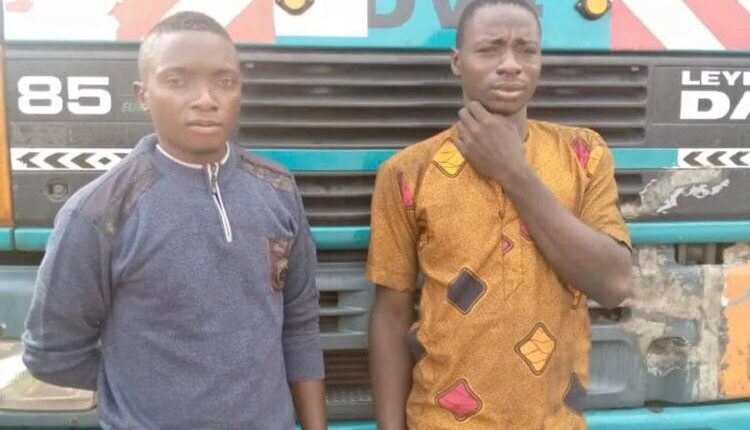 NSCDC stated that a tanker loaded with 33,000 litres of PMS was intercepted while been diverted by the suspects along Iseyin-Saki road, area of the state.

The Commander of Oyo NSCDC, Michael Adaralewa, who announced the interception, said that the two suspects, Akeem Adesola and Benjamin Adeniyi, were arrested with their truck, a blue Leyland DAF with registration number EKY 189 XV along Iseyin/Saki Road. 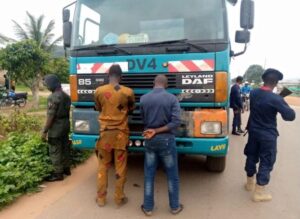 Adaralewa, in a statement made available to newsmen yesterday, noted that the suspects would be charged to court after a thorough investigation is completed.

However, he stated that the command had made efforts to improve on intense patrol of crime-prone areas in the state to combat any act of criminality. “The command has zero-tolerance for criminalities hence, all perpetrators are to either relocate out of Oyo State or face the wrath of the law,” he said.