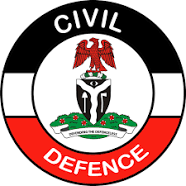 The Commandant General (CG) of the Nigeria Security and Civil Defence Corps (NSCDC), Ahmed Audi, has tasked 57 newly promoted senior officers of the Corps to serve as mentors to subordinates to foster professionalism.

Audi emphasized that personnel who are unable to impact unique leadership qualities to junior operatives have failed the Corps.

The CG charged the promoted officers on loyalty, commitment, dedication and service delivery and that the essence of leadership was to make impact in the lives of others.

Speaking during the decoration of the officers yesterday, the CG, who attributed promotion as a gift from God, advised that personnel who were of the habit of lobbying for promotion to desist from such act.

“You are not to see your elevation as a meal ticket to enjoy without giving the service what it’s due,’’ he said.

He further ordered that all State Commandants to hand over the mantle of leadership in state commands to the most senior officer and report to NSCDC headquarters in Abuja.

On his part, the Commissioner of the board in-charge of promotions and appointment, Emmanuel Bassey, said that those promoted went through rigorous screening as he charged them to continue to work hard.

The Commissioner advised officers who are to sit for the next promotion examination to get acquainted with the use of computer as the board eradicates manual examination.

“Make sure the promotion is well deserved because the security situation in the country needs so much work,

“The next promotion examination will be computer based so if you don’t know how to use a computer go and learn because it would be you and your computer,” he said.

As gathered, 22 Assistant Commandant-Generals and 35 Commandants of the Corps were said to have been decorated after promotion.

Also, the Minister of Interior and Chairman, Civil Defence, Correctional, Fire and Immigration Services Board (CDCFIB), Rauf Aregbesola on Tuesday was said to have decorated five Deputy Commandant-Generals (DCG) of the Corps.

APC, PDP primaries and ‘the delicates’