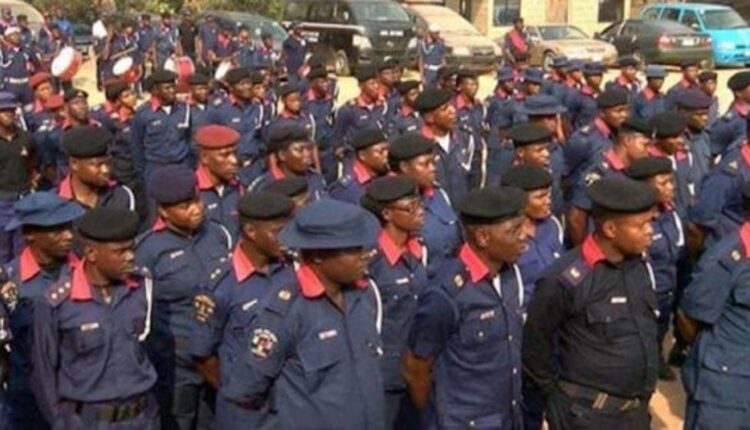 The Nigerian Security and Civil Defence Corps (NSCDC) has disclosed it has arrested no fewer than 41 suspects have been arrested for various crimes in across state in the last 100 days in line with the agency commitment to rid the state of criminality.

The state’s NSCDC Commandant, Aniekan Udoeyop, said that three suspects were arrested for JAMB examination malpractice, one suspect arrested for falsification of COVID-19 result, and eight suspects for alleged stealing and child theft.

Udoeyop, who disclosed this in Benin on Friday while giving his score card as part of activities to mark his first 100 days in office, said that four other suspects were arrested in connection with possession of hard drugs, adding that the suspects have been handed over to the state command of the NDLEA.

According to him, on assumption of office on June 14, I was confronted with a command that was “a work in progress” and I set about the job, holding interactive meetings with officers and men of the command.

“In the course of my interaction, I discovered some lapses which led me to take some necessary steps for effectiveness and optimum productivity. Today 100 days after, we have this modest achievements to show, and I dare say that we will not relent in recording more successes,” he said.

Udoeyop noted that the various departments and units of the command have done creditably working tirelessly with the limited available resources to combat crime and make the state peaceful.

He further disclosed that within the period a kind spirited individual donated a Hilux van to the command while the command refurbished five other vehicles for operational use in the command.

He also said that the female combat squad and quick intervention squad of the command as directed by the Commandant General have been inaugurated and had their passing out parade.