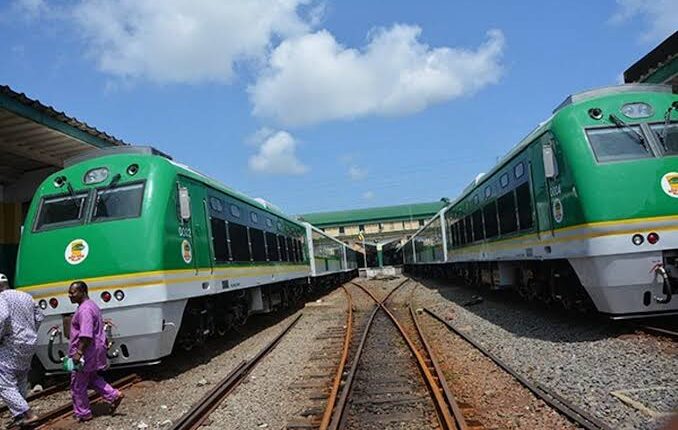 The Nigeria Railway Corporation (NRC) has announced restoration of the vandalized rail track access between Abuja and Kaduna, which was damaged during the recent terrorists attack, leaving over 100 people in their hostage.

The train corporation said that restoration of the rail tracks is part of its efforts to ensure that train services resume as soon as possible to ease transportation across the states.

According to NRC, the south end of the tracks, destroyed by explosion, had been successfully joined with the north end.

The Managing Director of the Corporation, Fidet Okhiria, through a statement released by
Director Operations of the NRC, Niyi Alli, on Thursday, in Lagos, confirmed that the development would allow passengers to once again use train services.

Okhiria disclosed that part of plans of the corporation is to intensify the security measures in order to ensure the safety of its passengers.

The managing director noted that passengers would be required to provide their NIN registration for verification prior to purchasing train tickets, and that this would improve passenger profiling and safety on board.

He assured that they would continue to collaborate with security agencies to ensure that all persons being held as a result of the attack are rescued unhurt and reunited with their families soon.

Also, he stated that they would ensure the full recovery of those injured in the ill-fated AK9 train service of 28 March, 2022.

Okhiria further disclosed that technical team would continue with other track stablisation works including Ballasting, Temping, Fastening of accessories (clips, bolts and nuts) and Welding.

According to the statement: “Its our concerted efforts towards restoring the Abuja–Kaduna Train Service (AKTS) tracks corridor for resumption of service.

“The connection of the AKTS line has been achieved. This implies that the major track components (Concrete Sleepers and Rails) have been completely laid.

“The south end of the tracks (which was destroyed by the explosion), has been successfully joined with the north end. Track access between Abuja and Kaduna is now restored.”