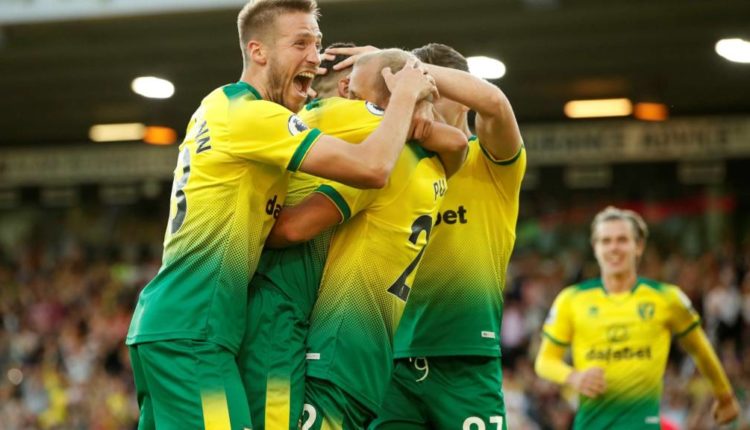 The Canaries took a surprise lead after just 18 minutes when Kenny McLean headed home from a corner. Todd Cantwell then stunned Carrow Road when he doubled Norwich’s lead, leaving Pep Guardiola’s side with the task of scoring at least two goals to get a result from the game.

One of those came on the stroke of half-time when Sergio Aguero headed in City’s first to half the deficit.

However, Teemu Pukki restored that two-goal cushion when Otamendi was carelessly caught in possession inside his own area. Rodri gave City hope with three minutes left as he scored from 25 yards to make it 3-2 late on but Norwich held on to record a famous victory over the champions. The defeat leaves City now five points behind league leaders Liverpool, who maintained their perfect start earlier in the day.