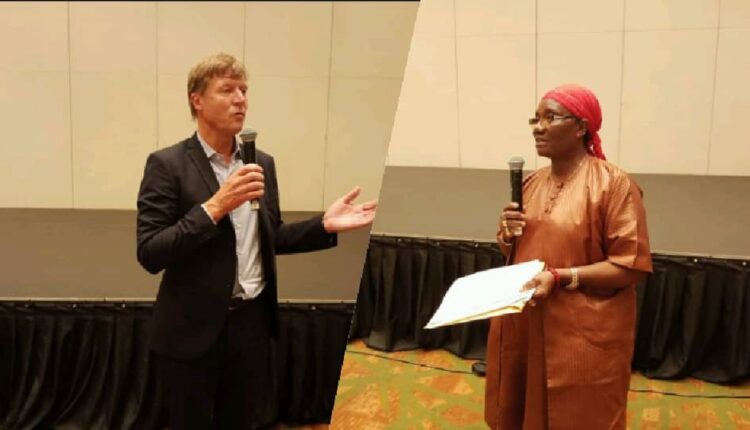 The Norwegian Government has approached the Federal Government to consider granting businesses and stakeholders in the fishing industry waiver on accessing foreign exchange to facilitate smeamless importantation of stock fish into the Nigerian market.

Aside from waiver on forex, the Norway government also sought the apex government assistance in provision of important infrastructural projects, particularly ports across the country and also lower taxes for importers of stock fish into Nigeria.

As stated, the request by the government of Norway become imperative following the ban on foreign exchange for importation of stock fish heads into Nigeria by the Central Bank of Nigeria despite repeated appeal by stakeholders in the fishing industry to remove the product from list of banned food items accessing forex.

The Royal Norwegian Ambassador, Knut Eiliv Lein, said that by granting the request, the Nigerian government would ensure the growth of seafood export and import industry in Nigeria thereby creating employment opportunities for the youth.

He also assured the stakeholders of partnering with Nigeria in the areas of making stockfish cheaper for the populace and urged the federal government of Nigeria to allow forex access to Stockfish.

“We are here basically to discuss ways to bringing stockfish to the Nigerian markets and to make stockfish cheaper. We also need the Nigerian government to help us to allow stockfish get access to forex. We need better logistics at the port, lower taxes and less bureaucracy,” he said during the Norwegian Seafood Seminar held at Eko Hotel & Suites in Lagos State recently.

Also speaking at the event, the Norwegian Seafood Council, Director Africa, Trond Kostveit, said that the government of Norway are still in talks with the Nigerian government over the request.

According to him, in February, we organized stakeholders meeting here in Lagos with the Norwegian Ambassador. We produced a communiqué and the communiqué was passed to the CBN. We work all the time to improve the relationship between Nigeria and Norway for the importation of seafood in general especially stockfish.

Also, the Fisheries Consultant to the Norwegian Seafood Council in Nigeria and former Deputy Director in the Federal Department of Fisheries, Abbey Cheke, said that aside from the nutritional value of stock fish, stock fish does not compete with any fishing process in Nigeria and urged relevant authorities to stop listing stockfish as animal feeds.

“Stockfish head is not animal feeds as it is sold for human consumption in all our local markets and supermarkets and it is eaten by virtually all the tribes in the Nigerian society. Effort should be made by the relevant organization/regulator to stop the practice whereby stockfish heads is being imported into the country under false declaration of animal feeds by dubious importers,” she said.

On his part, the Norwegian Minister for Fisheries and Ocean Policy, Rt Hon. BjornarSkjaeran, who joined the seminar virtually, said that the seafood council was working closely with the importers of seafood in Nigeria for several years.

“The council has organized seminars that are meeting arenas enabling direct contact between exporters and importers. We are seeking to spread good information about the quality of the products, the nutritional level, various ways to cook the seafood, how to store the seafood to assure food safety and make sure that the quality of the seafood remains high until it ends on the table of the consumers.” he said.

One of the major exporters of stockfish in Norway, Ole Olsen highlighted the challenges facing the importation of stock fish industry in Nigeria and appealed to the government to remove the product from list of others banned from accessing foreign exchange.

“We are here to see and hear what our customers say and what their customers are saying in the market. The general feedback is the cost which is a major challenge. We want to do everything we can to help with the situation.

“Because what we are seeing is that many importers are struggling because of the forex which of course means that the policy is working in the opposite way of what the intention was. This means that we should try to address the policy to help the customers and the Nigerian importers,” he assured.