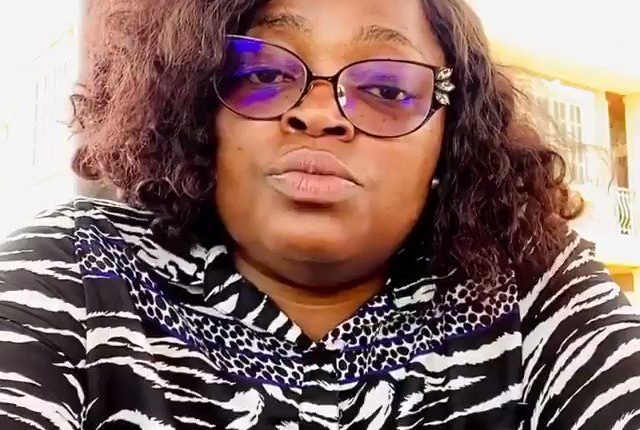 Reactions have trailed the arrest of popular Nollywood actress, Funke Akindele-Bello following a viral video which showed the Dettol Ambassador hosting a birthday party for her husband, in contravention of government directives on social distancing and coronavirus prevention.

It would be recalled that Akindele-Bello was featured in a Dettol anti-coronavirus advertorial in which she gave precautionary advise on prevention of spread of the deadly viral infection, same recommendations which she later flouted by throwing the birthday celebration.

Following news of her arrest and detainment, several notable personalities have come forward with messages of solidarity and support, while some, in admonishment against the turn of events leading to the actress’ legal predicament.

Fellow actress, Liz Dasilva, took to her instagram handle in show of support for her colleague during the trying times, saying, “@funkejenifaakindele be strong darling 💋 much love 💓”.

@funkejenifaakindele be strong darling 💋 much love 💓

Former Lagos State Gubernatorial Aspirant, Babatunde Gbadamosi, also one of those sighted  at the infamous birthday event, released a video apologizing for the “error of judgement” which he said was cause of his attendance of such party.

The owner of Amen Estate, where the party had been held, reacted to Akindele’s ordeal by expressing his regret for participating in the gathering as it contravened laid down government directives against social gatherings, and appealed to Nigerians to forgive his error.

Popular actor, producer and presenter, Biola Bayo, said that Akindele-Bello had made a mistake and expressed hope that her trials would soon be over.

Speaking in a post on her instagram page, Bayo added that mistakes were common to all mankind, saying that such were normal and that it was expected that Akindele-Bello learns from the incident.

She said, “We all make mistakes and learn from it. Sending light and lot of love your way sis❤❤ this too shall pass.🙏🙏🙏 God is with you @funkejenifaakindele “.

We all make mistakes and learn from it. Sending light and lot of love your way sis❤❤ this too shall pass.🙏🙏🙏 God is with you @funkejenifaakindele

For renowned actress, Eniola Ajao, the events leading to her colleague’s arrest was a simple mistake which she said did not diminish the high regard position in which she held Akindele-Bello.

In her words, “I respect and love you still my wonder woman❤❤”.

The Guild has gathered that the embattled actress and her husband have been arraigned to court over the contravention of government orders but judgement has yet to be given in the case.