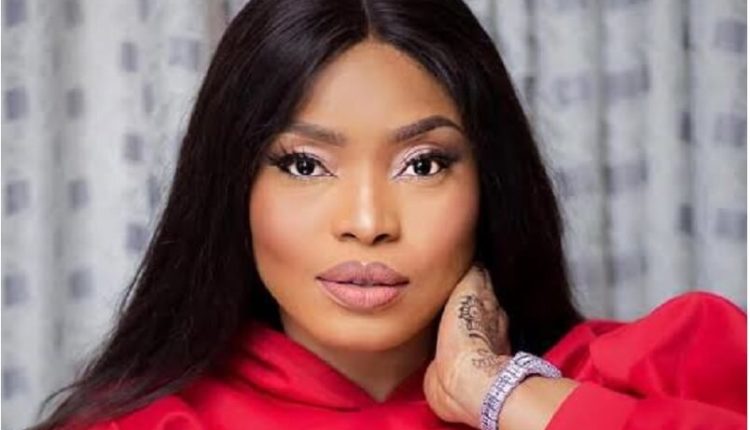 Popular Nollywood actress, Halima Abubakar, has released pictures of her newborn baby and other details to clear the air on why she waited so long before making her pregnancy and child delivery public.

She said that her initial reluctance to share pictures of her baby was due to medical reasons, adding that her child was delivered prematurely and consequently, was fragile.

The new mother, who disclosed that the child was still under intensive care, however, stated that her baby would be discharged tomorrow after been certified by medical officials as getting stronger.

While expressing gratitude to God for saving the life of her baby, Abubakar, in a statement on her social media handle on Thursday, condemned actions of people that have judged her with trolling comments online without verifying her full story.

According to the actress, her decision to release her baby’s pictures had been forced by such online comments, which she described as unfair.

She said that despite having no knowledge of what she was going through, people had taken it upon themselves to judge her actions wrongly.

It would be recalled that a social media subscriber had recently challenged Abubakar for allegedly posting a picture taken just after she had given birth to her own baby, in reaction to which the popular actress had apologized and deleted the offending image from her page.

The Guild gathered that comments castigating the actress had then surfaced online, with many accusing her of stealing the baby images in order to pass them off as hers, while some alleged that Abubakar wanted to defraud people into believing that she had given birth.

She refuted the claims and reiterated that posting her newborn’s picture was a risk she had taken in order to vindicate herself and explain to the world reasons behind her action.

“He will be discharged tomorrow from ICU. I didn’t post cos he was premature. God saved him. I just had to post this. For the people who didn’t see me, I have no close friends. I can’t show you a fragile child, I risked this just to post. THE WORLD JUDGE WITHOUT KNOWING. I JUST HAD TO POST THIS AND HAVE A GOOD DAY”.

He will be discharged tmr from icu.i didn’t post cos he was premature.God saved him.I just had to post this. For the people who didn’t see me, I have no close friends.I can’t show you a fragile child, I risked this just to post. @ruggedybaba update paddy mi.i Had to do this.Thank you. Besafe and stay safe.THE WORLD JUDGE WITHOUT KNOWING.I JUST HAD TO POST THIS AND HAVE A GOOD DAY✊🏼mummy m❤️