Lagos Govt. to begin illegal structure clean up within… 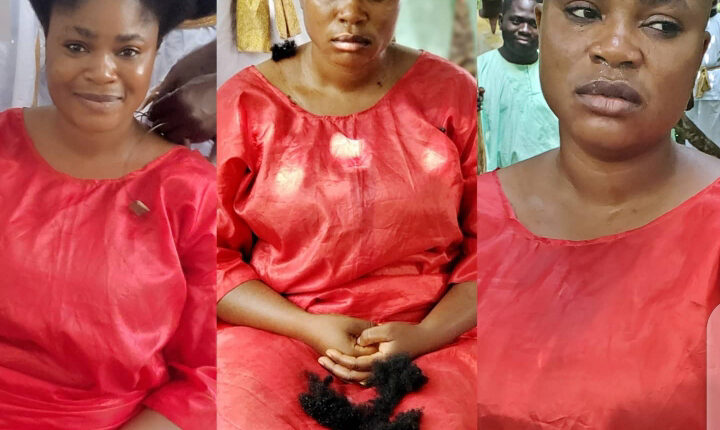 A Nollywood multiple-award-winning actress, Eniola Ajao, has shaved off her hair after taking up the lead actress role in a movie designed to correct societal ills.

The actress, who was often admired by Nigerians for her long and natural hair, was spotted to have gone bald at the location chosen for the movie production.

In a video released by the actress through her official social media handle, The Guild learnt that the role she was about to play in the movie required that she goes bald.

From the video monitored by our correspondent, the actress, who hailed from Lagos State, claimed that she has decided to play the role and that all procedures required for the success of the movie would be adhered to.

Ajao revealed that the movie was titled “Adewande The Movie”, and that she decided to remove the hair because of the passion she has for acting.

Ajao, a graduate of accounting from the University of Lagos (UNILAG), joined the movie industry in 2004 and she has starred in over 75 Nollywood movies.

She got her first movie role in a film: “Igba Aimo”, which was written and produced by Adesanya Adeshina, and later joined Odunlade Adekola in 2012 and has been with him till date.

Although she had been accused of having extra-marital affairs with Adekola, an allegation that she had debunked, describing the actor as a father, who laid the foundation for her successes.

According to her, Odunlade Adekola also serves as a role model because he inspires me a lot and I have learnt tremendously from him. I aspire to be like him one day.