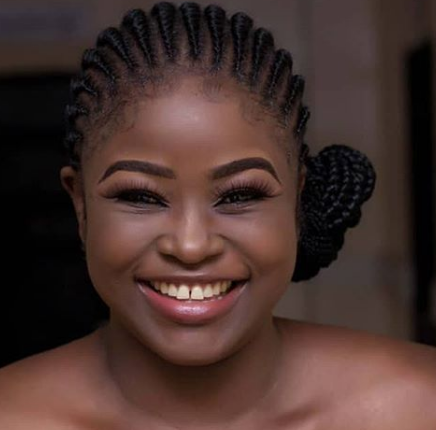 Nollywood actress, Bukola Awoyemi, popularly called Bukola Arugba and her husband, Demola Olatunji, were full of praise after she survived a strange ailment that made her get admitted to a hospital.

Bukola, a mother of twins, presently could not understand how her health status changed a few minutes after seeking the service of her beautician in preparation for an event.

The actress, who took to her social media handle to explain reasons several fans that were expecting to catch a glimpse of her at last weekend event could not get such opportunity, stressed that she cannot explain how her body system changed seconds after assuring many of her presence.

In a brief message on Friday, a week after, the actress, who was yet to be discharged disclosed that it all started last Friday while she was preparing for a party she had the next day.

“Last week Friday came like every other day, woke up to my daily routines, got on the road to put many things in place, ought to attend a party on Saturday so, called in my beautician to make my hair, and that of my twins, she was ready for my nails when I had a sharp and pounding pain in my body, down to my back and ribs”.

She noted that few minutes after, “I could not stand straight no more, had shivers, my body temperature skyrocketed, I discharged my beautician and told her to come next morning for my makeup thinking I would be fine”.

Bukola revealed that while still battling with the pains, her husband returned from theatre location, where he had gone to shot movies, and he also helped to address the case.

“Alas, we did not sleep all through the night, I cried like a baby in agonizing pain, next morning I got rushed to the hospital, I was admitted, spent some few days and given what I hate and fear most … injections upon injections, I hated them all”.

After much pain, she noted “God restored my health, I’m back and better, did most of my posts on that bed. Lovers, appreciate each day as day come, be extremely thankful for good health, going out and coming in, We mostly take these God’s free gifts for granted, all my plans for last weekend didn’t happen but thank God life happens. well and better”.

The multi-talented actress, however, urged her fans and followers not to take their health for granted.