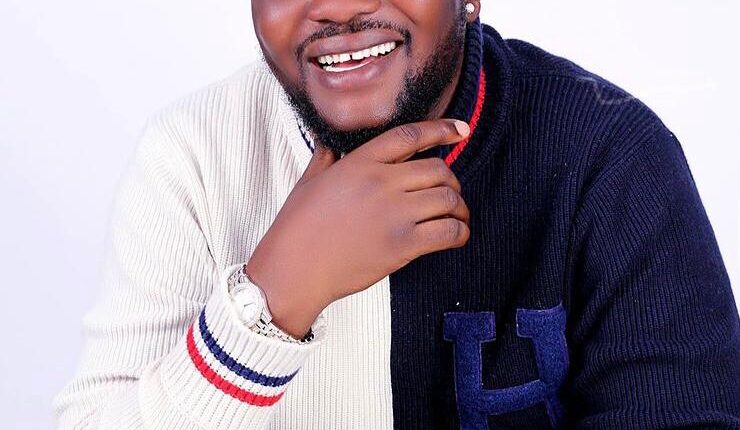 Nollywood actor, Yomi Fabiyi and other concerned Nigerians have stormed the State Criminal Investigative Department (SCID) office in Panti, Yaba calling for the release of the Nollywood actor, Olanrewaju Omiyinka, popularly called Baba Ijesha, from the law enforcement agency’s custody, who was accused of sexually assaulting a minor.

The protesters, who defied the scorching sun from Casino Bus Stop to the Panti police station, stormed the premises and demanded that Baba Ijesha be granted bail considering that the charge against him was bailable.

Accompanying Fabiyi on the protest march on Wednesday were other colleagues and well-wishers of Baba Ijesha, who argued that the actor should be set free from detention pending when a court would hear his case.

Fabiyi had earlier promised to mobilize Nigerians for a protest if Baba Ijesha had not been granted bail before today, Wednesday, 12th May.

The protesters brandished placards with various inscriptions that read, ‘Denial of bail of bailable offence is human rights violation’, ‘Ilegal detention is a human rights violation, don’t support it’, ‘Say no to set-up, say no to torture’, ‘Nigeria Police, please allow the law to dictate, not Iyabo Ojo, not Princess and co, please bail Ijesha’, among others. 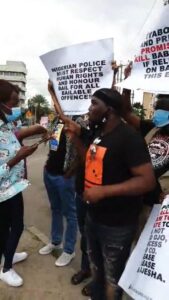 Fabiyi, who has been supportive of Baba Ijesha, said, “What we have observed is that, when this man, one of our colleagues, Baba Ijesha, was brought here, so many pieces of evidence were thrown online, the official of police came out and said we should be patient that we should allow the police do their job and then the Commissioner of Police came out and said it is a bailable offence but we have noticed that, after then, it is getting to two weeks now and he is yet to be released.

“We don’t know if he has any medical condition but he has not been granted bail, we are not supporting the crime he was accused of, we are not saying he did or didn’t do it you are doing your job but what we expect is that every sane citizen should respect that because human right is key and that is why we have come to meet ur public officers, we trust and believe in you. I have written to the governor, to the Commissioner of police.”

Fabiyi argued that the continuous detention of the actor without trial is a violation of his human rights.

Meanwhile, he had written on his Instagram handle some days ago: “Peace protest on human rights, Illegal detention by police coming up on Wednesday if the police refuse to do the right thing and grant Baba Ijesha administrative bail which is his fundamental rights.

“Any progressive state and society must respect the rights of others as enshrined under the law. “If you refuse to be concerned now, remember it could be you. Forceful arrest, illegal imprisonment is a major tool of oppression and police brutality. We must protest against this vehemently.

Buhari recommends prayers, others for Nigerians against bandits, kidnappers