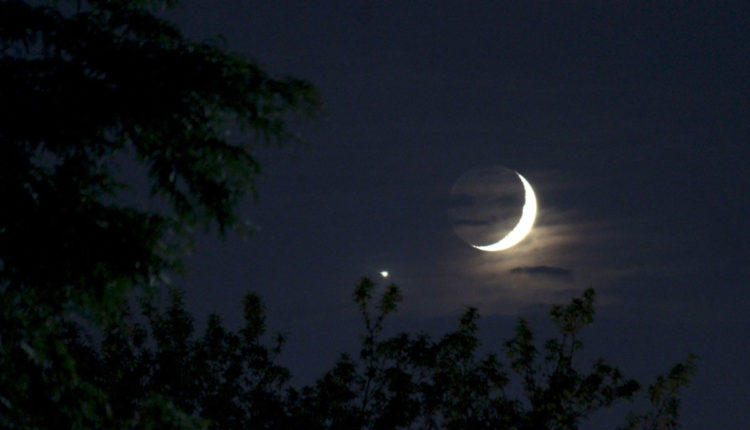 The hopes of Muslims waiting for Saudi Arabia to announce the sighting of the new moon, signifying the end of Ramadan, may have been dashed after astronauts said that the moon will not be sighted in any part of the world on Friday.

Sighting of the new crescent moon of ‘Shawal’ every year signifies the end of Ramadan fasting all over the world and approval for Eid prayers the following day.

Eid al-Fitr also called the “Festival of Breaking the Fast”, is a religious festival celebrated by Muslims worldwide that marks the end of the month-long dawn-to-sunset fasting of Ramadan. This religious Eid is the first and only day in the month of Shawwal during which Muslims are not permitted to fast.

However, moon sighting committees and online platforms who are authorized to declare the sighting of the moon, monitored by our correspondent on Friday, are all waiting for approval from Saudi Arabia, while the kingdom later declared that no moon was sighted,  thus indicating that fast continue tomorrow.

Confirming the claims,  the Sultan of Sokoto, Sa’ad Abubakar III, on Friday announced that no moon was sighted in the country and that fast continue tomorrow (Saturday).

Abubakar, who also doubled as the President-General, Nigerian Supreme Council for Islamic Affairs, explained that his announcement was on the backdrop of the report of the National Moonsighting Committee of the NSCIA which confirmed that no moon was sighted in the country.

Sultan, through a statement released to newsmen on Friday by the Chairman of Advisory Committee on Religious Affairs of Sultanate Council in Sokoto, Prof. Sambo Junaidu, declared Sunday, May 24, as the 1st day of Shawwal 1441AH and the day for Eid-el-Fitri.

“The Sultanate Council Advisory Committee on Religious Affairs working in conjunction with the National Moon Sighting Committee did not receive any report of moon slighting in the country.

“The Sultan of Sokoto and President-General, Nigerian Supreme Council for Islamic Affairs has declared Sunday, May 24, as the first day of Shawwal 1441AH,” the statement read.