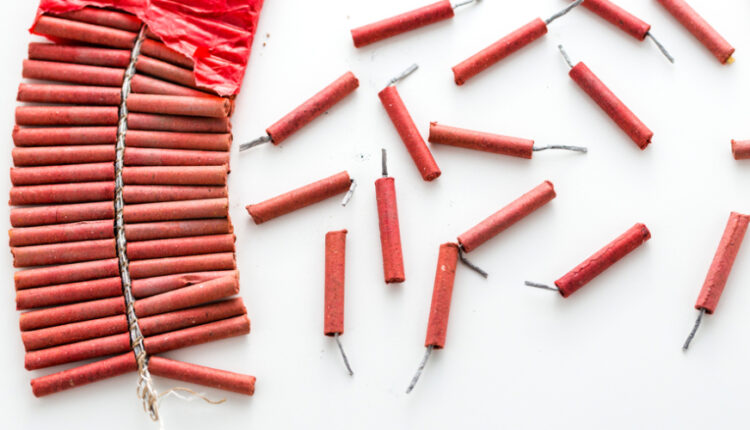 The Lagos State Government has warned against the sale and use of all forms of fireworks and firecrackers across metropolis particularly within the Central Business Districts (CBD) in the State.

It said that the sounds emanating from the firecrackers affect the security agencies in their operations during yuletide season to prevent crime as sounds of gunshots were often misjudged as that from the fireworks.

The Special Adviser to the Lagos State Governor on CBD, Olugbenga Oyerinde, gave the warning on Monday through a statement released by Deputy Director, Public Affairs, Olaoye Olusegun.

Oyerinde stressed that firecrackers popularly known as “Biscoe and Banger” can introduce potential hazards to the people and the environment.

He noted that apart from the danger of fire outbreaks and the need to protect markets and business premises against fire outbreaks, some fireworks have the same sound as some of the guns criminals use and people cannot differentiate them.

Oyerinde said: “it is important to clamp down on the distribution and usage of firecrackers to help secure people and valuable properties as the Christmas and New Year celebrations approach.”

He stated that CBD enforcement officers and other security agencies have been mandated to ensure that fireworks are not used, especially within the business districts, markets, and residential areas due to the onset of harmattan season.

Oyerinde recalled the fire outbreak caused by the storage of fireworks in Lagos Island, which led to the loss of lives and property worth millions of Naira, adding that the danger associated with the use of fireworks could pose a great danger to society because of its capacity to cause a fire outbreak.

“It is not enough to have safety regulations, they must be enforced and complied with to prevent avoidable loss of lives, property, and injuries. As a government which cares about the safety of lives and property, nothing short of strict adherence to safety rules will be acceptable, and relevant provisions of the law will be applied against erring individuals and organizations”, he said.

While assuring residents of the readiness of the Governor Babajide Sanwo- Olu-led administration to ensure the yuletide season is devoid of fire outbreaks,  traffic gridlock, and criminal activities across the business districts, Oyerinde urged residents to be vigilant, especially when in large gatherings such as religious programmes, carnivals, clubs, event centers, and restaurant.

He appealed to shops and plaza owners, religious bodies, club owners, and operators of event centers within the business districts to work with the state government and security agencies to monitor activities around them and report suspicious and unusual activities during such gatherings that may compromise security of lives and properties.