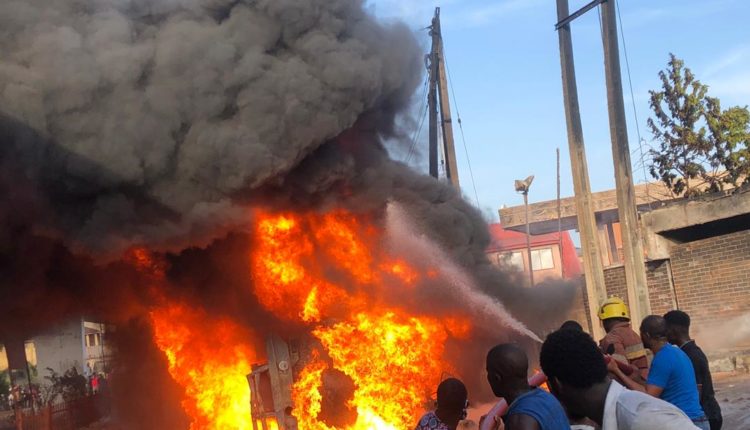 Worried by the casualties recorded during Lagos Tanker inferno, the Nigerian National Petroleum Corporation (NNPC) has disclosed plans to investigate the cause of the incident to prevent a future occurrence in the country.

NNPC also disclosed that the truck involve in the accident, that left 16 people injured and one dead in Obalende, Ikoyi axis of Lagos, was owned by NPPC’s petroleum products, a retail affiliate to the Corporation’s Retail Limited,

The Corporation disclosed the plans to investigate causes of the tragedy in a statement signed by Group General Manager, Group Public Affairs, Dr. Kennie Obateru, commiserated with victims of the inferno and wished them a speedy recovery.

NNPC statement reads in part: “The corporation explained that all the injured people had been rushed to the hospital while further investigation is on to determine the cause of the accident.

“The corporation explained that all the injured people had been rushed to the hospital while further investigation is on to determine the cause of the accident.

“A fuel truck belonging to NPPC’s petroleum products retail affiliate, NNPC Retail Limited, was involved in the road accident while conveying petrol from the Satellite depot to the NNPC Mega Station in Ikoyi, Lagos.

“The mishap which occurred around 5 pm Friday led to the inferno which consumed the petrol -laden truck in front of a hospital and gas station.

“The corporation expressed appreciation to the good-spirited people of Lagos around the scene of the incident and fire service personnel who brought the fire under control”.

Staying focus during lockdown has been a mental battle- Liverpool defender, Lovren

Movement for Lagos, other states workers residing in Ogun not allowed- Gov. Abiodun