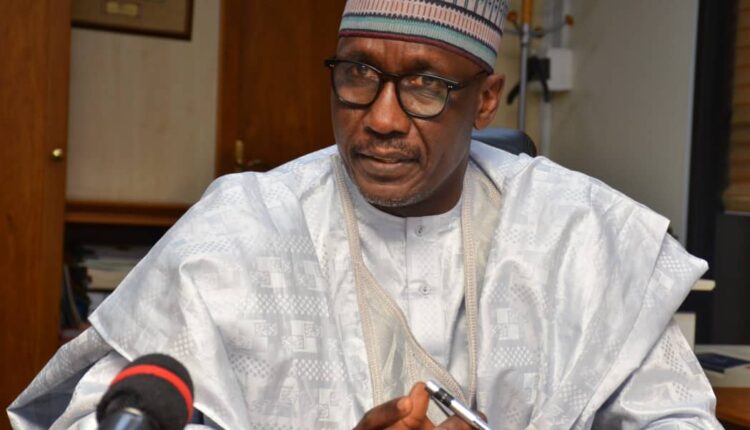 The Nigerian National Petroleum Corporation (NNPC) has put Nigerian gas deposit at 203 trillion standard cubic feet after the corporation intervention on the industry since 2016, an indication affirming the nation’s  preparedness to play a vital role in new global energy order even as countries begin transiting to cleaner energy.

It said that with the huge deposit, it shows Nigeria was ready to take advantage of the world new energy order in growing the nation’s economy and generates employment for millions of young Nigerians.

The Group Managing Director (GMD), NNPC, Mele Kyari , stated that Nigeria can boost of over 203 trillion standard cubic feet of gas in her reserves and  that as a result of the development  the nation has become one of the major players in the gas industry across Africa and world at large.

Speaking at a gas pre-summit conference held on Monday in Abuja, Kyari said that the Federal Government’s focus was towards powering economy efficiently through gas industry by 2030 and that with the reserve, Nigeria would play an important role in the world’s future energy needs.

Speaking at the occasion, Kyari said the new technology and innovation was facilitating a new global energy order aimed at decarbonizing the world and safeguarding the climate, stressing that renewable energy sources such as solar and wind which would be key components of the new energy mix were largely influenced by seasons and were non-transportable to demand centres where they are in short supply.

He commended the role of President Muhammadu Buhari in the progress made in the gas sector. He said: “Nigeria, under the visionary leadership of President Muhammadu Buhari, has committed huge resources to ensure that domestic gas infrastructure reach every corner of our country to deepen natural gas utilization, spur investment in power and gas-based industries, grow the economy and generate employment for millions of our young people,” Mallam Kyari informed.

According to him, Nigeria’s over 203trillion standard cubic feet (tscf) of proven gas reserves is monetizing the huge gas resources spurred by numerous policy and industry interventions since 2016, culminating in the declaration of 2020 as the year of gas and progressing into the decade of gas from 2021.

Mallam Kyari stated that NNPC and its partners have embarked on a number of strategic projects to deepen delivery of gas to the domestic market and elevate the build-up of greater potentials for export.

“The completion of the Escravos-Lagos Pipeline System Phase 2 (ELPS II), commissioning of the Obiafu-Obrikom-Oben (OB3) Lot 2, the NPDC Oredo Gas Handling Facility, and the SEEPCO Gas Processing Plant can be easily cited, even without mentioning ongoing strategic backbone gas infrastructure projects such as the Ajaokuta-Kaduna-Kano (AKK) pipeline, the OB3 final hook-up, the Nigeria-Morroco pipeline and several other gas-based industries initiatives.  All these will herald the sunrise of gas revolution in our country within the decade,” the GMD stated.

He noted that as part of the journey to make the Decade of Gas a reality, the Federal Government has also rolled out the Autogas initiative to provide alternative cleaner and cheaper transportation fuel to petrol, adding that the initiative has received huge support from the entire energy industry and gained tremendous traction.

He lauded President Muhammadu Buhari for his strategic foresight, leadership and support for the oil and gas industry, saying that the various strategic initiatives were geared towards transforming the Nigeria’s energy landscape.