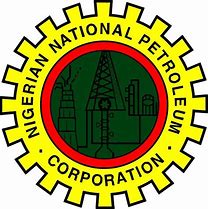 Management of the Nigerian National Petroleum Corporation (NNPC) has issued orders that all non-management staff in all its stations and offices nationwide that they should henceforth cease to report to their offices, but work from home pending time that the deadly coronavirus outbreak in Nigeria would be curtailed.

The corporation explained that the move had been necessitated by ongoing realities surrounding the coronavirus disease incidents in the country with aim to enforce social distancing measures amongst its staff  in a bid to comply with government directives on precautionary measures to be taken over the viral disease pandemic.

According to the Director of NNPC, Mele Kyari, it was expedient that all corporation Strategic Business Units activate their business continuity plans so as to ensure that there would be minimal operational disruptions recorded as a result of the sit at home order, and that such few anomalies as would be recorded due to the action were by no means more important to the body than the health and security of its staff members.

Speaking in a statement which was recently released through the Group General Manager of the Public Affairs Division, Dr, Kennie Obateru, Kyari stated that the orders were expected to take immediate effect and that all staff members included in the caders which fell under the order were not expected to resume at their offices till further notice.

Adding that the move was aimed at protecting the lives and health of NNPC staff from possible contact with the deadly coronavirus disease, he reiterated that that the preventive measures which had earlier been put in place by management including the use of hand sanitizers, hand washing stands and infrared thermometers in its offices, would continue for upper managemengt staff who were still required to resume daily work at their stations.

The group director urged all staff to stay cautious and remember to observe social distancing measures even while they worked at home, and for those who would still work on site at the offices, saying that all such measures were for the benefit of the health of staff members.

Kyari expressed sadness at the death of the corporation former oil executive, Engr. Suleiman Achimugu, who had died as a result of health complications rising from coronavirus, and offered his condolences to the Achimugu family, commisserating with them over their loss.

“Our thoughts and prayers are with the entire members of the Achimugu family at this time. They have suffered the loss of a great man, and we can only pray that God grants them succour and strenght to weather the loss”.

Obaseki goes into self-isolation after contact with Bauchi gov.