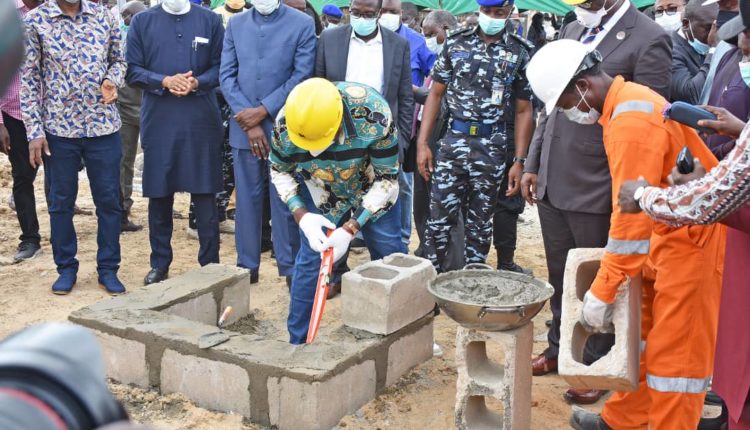 In furtherance of its contribution to the country’s fight against coronavirus, the Nigerian National Petroleum Corporation (NNPC)-led Oil & Gas Industry Intervention Initiative on COVID-19, has commenced the construction of a two hundred-bed space permanent Emergency and Infectious Diseases Hospital for the South-South Region in Yenagoa, Bayelsa State.

It explained that the construction was the third phase of their support programme of the N21 billion intervention initiative on the COVID-19 pandemic by the Nigerian Oil and Gas Industry after the donations of ambulances alongside medical supplies which include face masks, test kits, ventilators, beddings and overalls for health workers in all the six geo-political zones in the country.

The Group Managing Director of NNPC, Mele Kyari, said the construction was in collaboration with joint venture partners across the Upstream, Midstream and Downstream sectors to support the health sector, adding that the gesture was to bolster the zone’s effort in mitigating the spread of the virus.

Kyari, who was represented at the groundbreaking ceremony for a permanent Emergency and Infectious Diseases Hospital for the South-South Region by corporation’s Group General Manager, National Petroleum Investment Management Services (NAPIMS), who is also the coordinator of the initiative in the Petroleum Industry, Bala Wunti, according to a statement from the NNPC spokesman, Dr. Kennie Obateru, reiterated that the NNPC-led intervention had allocated the N21billion-worth of support to various International Oil companies, Indigenous operators with joint venture stakes across the oil sector.

According to the GMD, the infectious diseases hospital to be sited on a 1,586 square meter-space would serve as a zonal isolation centre for the deadly respiratory disease and also serve as a referral hospital for communicable diseases after such times control had been gain against the pandemic.

Kyari also noted that the event flagged–off the plan by the intervention group to deliver lasting medical infrastructure across the six geopolitical zones across the country, saying the oil and gas industry will do all within its power to support the federal government in ending the pestilence.

Speaking at the event, the Minister of State for Petroleum Resources, Timipre Sylva, said Bayelsa state was considered a suitable site for the project given its pioneering role in the history of Oil and Gas in the Country and its current contribution of about 40 percent to onshore crude oil output, adding that the oil industry’s N21billion worth of support was provided through internal procurement processes of contributing companies.

On his part, the Managing Director, Nigeria Agip Oil Company (NAOC), Lorenzo Fiorillo, represented at the event by the Head of Community Relations, (NAOC), Macwon Jitubo, stated at the event that the outbreak of the disease had put a lot of strain on healthcare systems and personnel globally, adding that the infrastructure in Bayelsa state would engender a valuable medical asset to the South-South region of the country.