Over 240,000 Osun residents benefit from Oyetola’s… 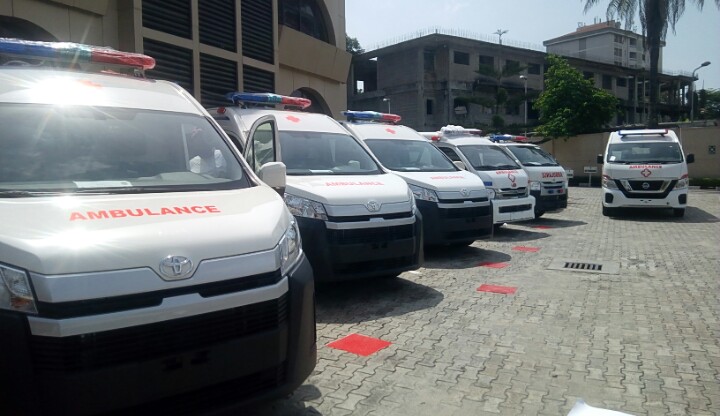 In their efforts to support states in flattening the curve of coronavirus,  the Nigerian National Petroleum Corporation (NNPC)-led Oil and Gas Sector coalition against COVID-19 has donated six ambulances and other medical supplies to states in South West region of the country.

It explained that the donations of ambulances alongside medical supplies which includes procuring face masks,  test kits, ventilators, beddings and overalls for healthworkers to bolstered the states effort in mitigating spread of the virus was part of the N21 billion intervention initiative on the COVID-19 pandemic by the Nigerian Oil and Gas Industry.

The Chairman, Independent Petroleum Producers Group (IPPG), Ademola Adeyemi-Bero, said the group, made up of indigenous oil firms in partnership with NNPC, was working towards procuring 5million face masks, 100, 000 test kits, 12 ambulances, ventilators, beddings and overalls for healthworkers in forefront of fight against the virus. 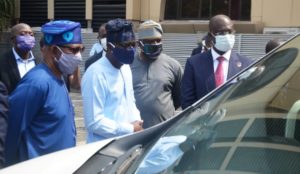 The Chairman, in a statement through NNPC Group Public Affairs General Manager, Dr. Kennie Obateru, said the Oil and gas coalition against coronavirus would also donate one isolation unit in a location to be advised by the NNPC and the National Centre for Disease Control (NCDC) and molecular labs in some parts of the country.

Presenting the donations on behalf of the NNPC and the Independent Petroleum Producers Group (IPPG), comprising of 26 indigenous oil companies, the Minister of State for Petroleum Resources, Timipre Sylva, said similar donations had earlier been made by the Oil and Gas Sector in Abuja, Rivers and Bayelsa states, adding that collaboration was needed to defeat the deadly respiratory disease.

He revealed that similar items will also be delivered to Kano and Katsina states, adding that the industry would soon unveil a groundbreaking activity for the building of emergency and infectious diseases hospitals in Uyo, Akwa Ibom State and in Yenagoa, Bayelsa State, in line with the Oil and Gas Intervention Initiative’s plan of establishing permanent and sustainable medical infrastructure in each of the geopolitical zones. 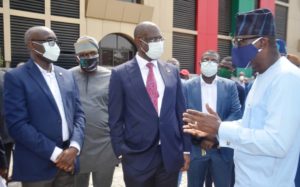 Sylva maintained that the gesture would be extended to all states of the federation in line with the mandate of the Presidential Task Force on COVID-19, adding that industry will stop at nothing in supporting the President Muhammadu Buhari-led administration’s fight against the pestilence.

The items donated to Lagos, Ogun, Ekiti, Osun, Oyo and Ondo states were received by the Minister of State for Health, Dr Olorunnimbe Mamora, who is a member of the Presidential Task Force on COVID-19 and Lagos State Governor, Mr Babajide Sanwo-Olu.

Speaking after receiving the donations for the south west states,  Dr. Mamora commended the initiative of the Oil and Gas Sector in the fight against COVID-19, saying the items boost the states effort in gaining control against the virus and fortify the country’s health care sector.

“I thank you very much on behalf of the PTF and I know that posterity will be kind to you for standing up to be counted during this critical period.

“These donations will help fortify our healthcare system. Nigeria and Nigerians will not forget you for your noble effort”, he said.

Speaking on behalf of the South West governors, Sanwo-Olu said the donation would be used to support the critical infrastructure that was a challenge to the healthcare Industry.

He said: “I want to assure you that we will put it to judicious use and we will ensure that all the items are delivered to their respective states. They will go immediately to the front line and will be deployed to ensure that our people get well and come out of this pandemic alive,” he said.

Atiku urges Muslims on prayers against coronavirus as Ramadan commence

18,000 Lagos teachers to get Digital literacy training during lockdown