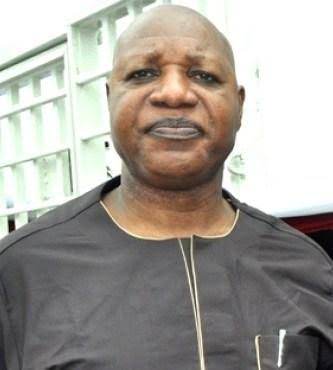 The Nigerian National Petroleum Corporation (NNPC) has congratulated Nigerian Guild of Editors (NGE)) President, Mustapha Isa, on his re-election as head of the body for another term, saying Isa return to office was on merit and that he deserves it.

It explained that Isa’s leadership qualities and excellent work ethics which he displayed over years have singled him out and that such virtues earned him another term as president of the noble profession under the auspices of the Guild.

The Group Managing Director, NNPC, Mele Kyari,  stated that Isa’s re-election was base on performance and accountability displayed during his first tenure as president of the body and that second term bestowed on him by his colleagues remain an affirmation of his sterling qualities.

Through a congratulatory letter released from his office, yesterday, Kayri said that style and standrad of leadership been demonstrated over years by president of Guild of Editors would continue to be earning the body recognition among other professional bodies, particularly in media indutry.

The NNPC’s boss indicated in the letter that the Guild of Editors was a body saddle with responsibility of ensuring professionalism prevail in journalism field and that Isa’ and his colleagues have been able to contributed tremendously in putting the body in right shape over the years.

According to him, Isa has the determination to take the Guild of Editors to better height in Nigeria and beyond, and both the president and members of the body have continue making Nigeria proud through their good performance.

“Your integrity, dedication, work ethics and outstanding contributions to the Guild and indeed the journalism profession have proven you worthy for another tenure and we pray it continues to take you to greater heights,” the GMD added.

Kyari, however, charged the re-elected leader of the body to remain committed and continue leading editors under the union in right direction in order to continue serving in interest of people as fouth real of estate in Nigeria.

It would be recalled that Isa was re-elected as president of Nigerian Guild of Editors during 2021 Biennial Convention of the body held in Kano, a week ago.