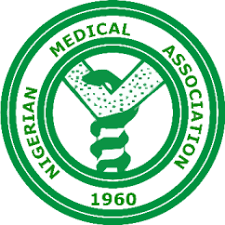 The  Lagos State Chapter of the Nigerian Medical Association (NMA) has called off its sit-at-home order, thus directing doctors in the state to resume their duty post for effective health care delivery.

It explained that the intervention of the state government, alongside the top hierarchy of the Police and other stakeholders necessitated the reversal of its earlier decision.

Recall that the association had on May 20 directed all doctors in the state to immediately proceed on an indefinite sit-at-home strike starting from 6.00 p.m on the same day to avoid increasing police harassment being faced by health workers in the state.

The state Chairman of NMA, Dr. Saliu Oseni, had while issuing the directive, said the conflicting directives by the government and incessant police harassment after the Presidential directive which exempt essential workers including doctors and other health workers from the ongoing movement restrictions, and the curfew were endangering the lives of his members.

But, Oseni, through a statement he jointly signed by the NMA Secretary, Dr. Ramon Moronkola, and released to newsmen on Thursday, made a u-turn and directed their members to resume work from 6 pm today 21st of May 2020 (this affects that on-call duty).

According to him, the Babajide Sanwo-Olu led administration and other stakeholders including the Police had assured the association that health workers will no longer be harassed or arrested in the course of discharging their lawful duties as part of efforts to sustain services in the middle of the pandemic.

Oseni also disclosed that the Nigerian police force has reached out to the association to clarify and give assurance of cooperation with all health-workers, saying the will be exempted from movement restriction in the state.

“The executive Governor of Lagos State, Mr. Babajide Sanwo-Olu was exemplary as his timely intervention from the late hours of May 19th helped prevent worsening of the situation. Above all, the passionate appeal from the good people of Lagos state was difficult to resist considering the fact that Lagosians would be most hit by the situation.

“Following a holistic consideration of these factors, the Lagos State, NMA,  had taken seriously, a responsibility to partake actively in the fight against COVID-19 and the delivery of quality healthcare to the citizenry for the entire period of the ongoing lockdown/ restriction of movement and beyond,” the statement read.

The NMA Chairman, however, demanded that the state government should ensure clarity at all times, on the exempted status of healthcare and other essential workers for the entire period of the ongoing lockdown and restriction of movement.

He also appreciated the state governor, the Minister for Health, Dr. Enahire Osagie, and the Lagos state  Commissioner for Health, Professor Akin Abayomi for their prompt intervention in ensuring that the health-workers who were held by the police were released immediately as well as preventing subsequent recurrence.

Police regrets actions against journalists, other essential workers in Lagos