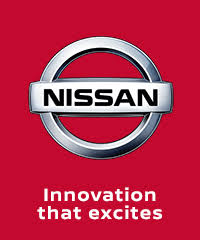 Nissan Motor Co., Ltd., has disclosed that the company is set to resume operations and production of automobiles amid the outbreak of coronavirus globally in June 2020.

It explained that the resumption of production at its northern English Sunderland factory, Britain’s biggest car plant, will be in a phased production method.

The Japanese multinational automobile manufacturer headquartered in Nishi-ku, Yokohama, said the restart of operations and production was on the heels of planned resumption of automobile sector.

The company in a statement released to newsmen on Thursday,  explained that following approval of resumption of production from the government, it had put in place measures to mitigate spread of the deadly respiratory disease in the automobile plant.

Part of the measures, the company said,  was to ensure most of the staff were granted leave of absence to avoid crowded workforce which can aid transmission of the disease.

It added that it had also began deploying safety measures involving not more than 50 staff at the location for the phased production when it resumed operation.

“During this period the majority of plant employees will remain furloughed, and we are grateful for the government support that has enabled us to take this action,” the company said in a statement.

It would be recalled that the company suspended operations at its output site on March 17, 2020, after it produced less than 350,000 vehicles last year and builds the Qashqai, Juke and Leaf models.

Meanwhile, BMW’s (BMWG.DE) Rolls-Royce car factory looks set to be the first British car factory to resume output with a start date of May 4.

BMW’s Chief Executive, Torsten Mueller-Oetvoes, said the agreement to resume operations was reached with the government and other stakeholders in the automobile industry.

The Chief Executive in a statement noted that the production was to support the British economy following the pandemic effects on global economies.

“We are receiving orders from our customers and we are heeding the British government’s call to resume production and support the British economy,” the statement said.

Teenager kills 19 students, two others during school attack in US

Russia places travel ban on 989 US, Canadian diplomats after sanctions