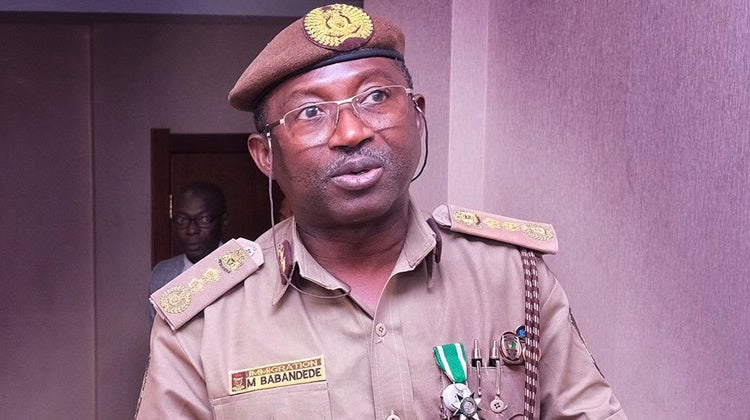 The Nigeria Immigration Service (NIS) has distanced itself from information circulating online that the service is charging a fee for recruitment of officers and staff for the government-owned agency.

It explained that the clarification had become imperative following several complaints on various social media platforms that fees are being charged for the recruitment exercise, adding that Nigerians, particularly applicants should avoid patronizing fake recruitment sites.

The NIS Comptroller-General, Muhammad Babandede, said the agency had been inundated with several reports of unauthorized NIS recruitment websites operated by online fraudsters on social media, and such warrants the official reaction from the NIS.

Babandede, through a statement released to newsmen on Tuesday by NIS Public Relations Officer (SPEO), Sunday James, said those behind the purported websites were only in business to defraud undiscerning Nigerians.

“These are by fraudsters with the intention of defrauding innocent and unsuspecting Nigerians of monies.

“The Service had warned severally and is still warning good spirited Nigerians to avoid such fake recruitment offer which is not officially posted on the official NIS website. No fee whatsoever is charged for NIS recruitment,” he said.

Babandede advised the public to disregard the scam posted recently to avoid falling victims to the criminal elements, adding that the NIS would always announce its official recruitment and notifications through credible Nigerian dailies and media platforms for the attention of the public.

The Civil Defense, Correctional, Fire, and Immigration Service Board (CDCFIB) had published the recruitment advertisement in national dailies on March 13 and that the recruitment was for four weeks from the time of publication.