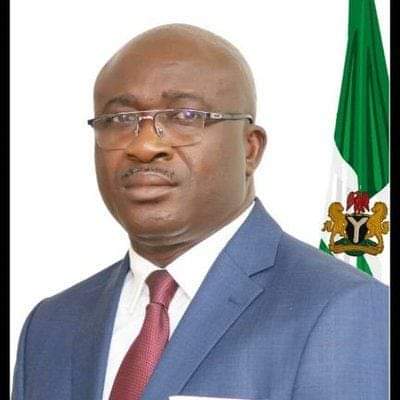 The President of the Nigerian Institute of Public Relations (NIPR), Mukhtar Sirajo, has commended Delta State Governor, Dr. Ifeanyi Okowa, for appointing seasoned practitioner, Patrick Ukah, as Secretary to the State Government, noting that the decision to engage a core professional was best option for the state.

He stated that the appointment of capable hands into strategic positions of authority at federal, state and local government levels was needed to fix the country and place it on path of accelerated growth and development.

Sirajo noted that the newly appointed SSG has through the years display high professionalism in all post he was assigned to and his years of experience and leadership skills would come handy in his new assignment.

Through a statement made available to journalists, said the institute has confidence in Ukah’s ability to bring his experience to bear and reform his new office such that would ensure efficiency in governance affairs.

“Since his induction as a certified member of the Institute, the newly appointed SSG has remained consistent in application of public relations skills and display of professionalism to achieve results. The appointment was based on competence, which we believe will bring a lot of values to the state”.

He pointed out that the SSG in his previous positions as Commissioner for Information and later Commissioner for Basic Education deployed the skill of ingenuity to achieve unprecedented milestones, describing him as embodiment of professionalism and excellence.

The NIPR boss assured that the institute would offer professional support to Delta State Government towards achieving its goals.

On his part, Okah, who is NIPR Delta State Chapter Chairman, expressed delight in the confidence reposed on him by the governor to serve and pledged his commitment to duty.

Ukah while thanking the NIPR president said that the institute has greatly contributed to his success in both leadership and other sphere of life.

How commercialising cannabis can create job opportunities for Nigerian youth