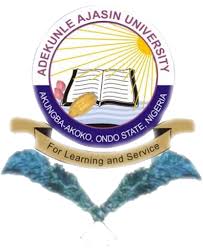 Share
No fewer than nine passengers were reported to have died and nine others left with injuries during a multiple crashes in Akungba axis of Ondo State.
Among the 18 passengers involved during the multiple auto-crash that occurred along Ikare-Owo yesterday were students of Adekunle  Ajasin University, Akungba.
As gathered, the accident occurred after a Dangote truck experienced brake failure, lost control hitting other vehicles including a Suzuki mini bus (XB973KAA) and a Lexus saloon car (KWL 522 AY) conveying a total of 18 passengers comprising of 11 female adults and 7 male adults.
Confirming the accident, the Corps Marshal, Federal Road Safety Corps (FRSC), Boboye Oyeyemi, stated that out of the aforementioned number of persons on board the three vehicles, nine persons including six female adults and three male adults were killed during the accident.
Oyeyemi added that a total of nine persons comprising of five female adults and four male adults, sustained various degrees of injuries.
The Corp Marshal, in a statement signed by the Public Education Officer, Bisi Kazeem, on Sunday, noted that six of the deceased passengers’ remain have been deposited at Ikare Specialist Hospital Morgue and that six injured persons have been admitted at the emergency ward of the same hospital.
“While the rescue team of the Nigeria Police Force deposited three dead and four injured at Iwaro General Hospital. The entire rescue operations was carried out by a combine efforts of the FRSC, Nigerian Police Force (NPF) Nigerian Army and Directorate of State Services (DSS).
Oyeyemi, meanwhile, disclosed that Safety Engineers have been deployed to Akungba in order to ascertain causes and recommend  solutions to incessant trailer crashes that have bedevilled the route.
According to him, this is in addition to an ambulance rescue point earlier established close to the notorious spot for prompt rescue operations.
The Corps Marshal, who spoke on the readiness of the Corps to bring road traffic crashes to an end in Nigeria, lamented the fatalities recorded in recent times on our roads, promising that the Corps will double its efforts to eradicate crashes, particularly those by articulated vehicles.