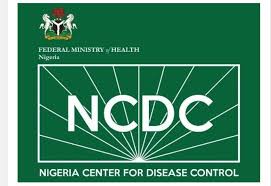 The Nigeria Center for Disease Control (NCDC) has disclosed that the nation has recorded nine deaths due to complications arising from the deadly coronavirus pandemic in several regions within the country and that the newly confirmed deceased have brought total number of Covid-19 related casualties to 191.

It said that the nine deaths were recorded within a 24-hour period and that the casualties incidents had occurred in six states of the federation.

The center, through a Covid-19 situation report released on Tuesday, revealed that the nine newly confirmed casualties included two deceased in Lagos State, two in Bauchi, two casualties in the Federal Capital Territory (FCT) Abuja, one death recorded in Borno, one in Katsina and one in Ogun.

It said that the 191 coronavirus related deaths were spread across several locations within the country and that the casualties had occurred in 26 of the 36 states in the nation.

According to the NCDC, 38 deaths had been recorded in Lagos, 36 in Kano, nine in the FCT, 13 in Katsina, 24 in Borno, five in Bauchi, three in Jigawa, six in Ogun, three in Kaduna, and four in Oyo State.

It added that coronavirus related deaths in Nigeria also included two deceased in Gombe State, 13 in Sokoto, five in Edo,  five in Zamfara, one in Kwara, three in Rivers, four in  Osun, one in Plateau, four in Kebbi, one in Yobe, one in Nasarawa, five in Delta, one in Niger, one in Ondo, one in Ekiti, and two confirmed dead in Akwa Ibom.

“No new state recorded a confirmed COVID-19 case in the last 24 hours. The total number of states including FCT that have reported at least one confirmed case in Nigeria is still 35 (34 states + FCT),”