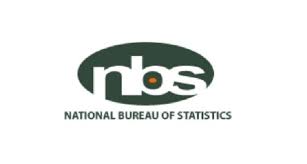 The National Bureau of Statistics (NBS), has disclosed that inflation rates in the country rose to an all time high in January, with an increase to 12.12%, which the bureau said, was 0.15% higher than 11.98% inflation recorded in December 2019.

According to NBS, inflation rates had marked five months of increase in Africa’s most populous nation, a situation which the body stated, called for concern.

The report added that the rise was occasioned by increase in prices of edible food items such as rice, bread, cereals, meat, oils, potatoes, yam and fish.

NBS noted that consumer inflation rate recorded in January was highest since April 2018, when it stood at 12.48%, and hinted that data analysis suggested that the increases had commenced wake of Nigeria’s borders closure.

It would be recalled that the country had closed its borders, in August 2019, in an attempt to manage rising insecurity as a result of arms smuggling, and also to check mate illegal entry of imported goods through its land borders, which had triggered a rise in cost of several consumer items.

The bureau described current inflation trend as alarming, and called on Federal government to put measures in place to ensure a fall in market prices and, subsequently, effect reduction in inflation rates.