LASG to restore Lekki, other schemes master plan, pull down… 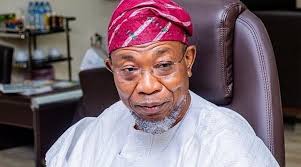 The Minister of Interior, Rauf Aregbesola, has raised concerns over the bad state of Nigeria’s economy as he urged operatives of Nigeria Security and Civil Defence Corps (NSCDC) to carry out their responsibilities efficiently.

Aregbeşola said that their presence at all times should ooze out the power and authority of the Federal Government to deter criminals.

He said that the ministry under his watch would remain unwavering, resolute and committed towards strengthening the capacity and capabilities of this organ of government to effectively deliver on its mandate.

In a statement issued by the Deputy Director, Press and Public Relations in the ministry, Afonja Ajibola, on Thursday the minister said that the need for the agency’s efficiency is in pursuant of the radical and proactive steps by the federal government towards addressing the challenge of insecurity in the country.

“This is as we take steady and bold steps to degrade the activities of some criminally minded unpatriotic individuals and saboteurs, whose main agenda is to dwarf enormous achievements government has recorded in every sphere of national development.

“As we are all aware, there are challenges of vandalism of critical national assets, crude oil theft, banditry, kidnapping, ritual killings, insurgency, among others that have become a cankerworm that must be eliminated.” he said.

According to him, the incessant attacks on the critical national assets and infrastructure in particular has become a grievous wound dangerously bleeding the nation’s economy, which must be effectively addressed.

He further added that the country would not continue to watch innocent Nigerians being constantly harassed, intimidated and cowed while precious lives were being terminated prematurely.